"It all started after the US decision" 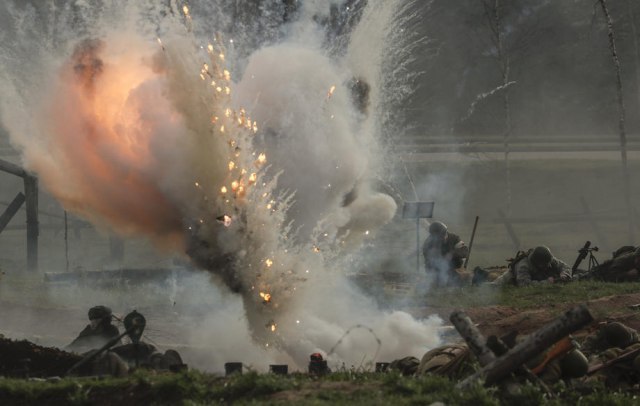 The United States has refused to extend the new START program, which expires on February 5, 2021, and concerns the control of nuclear weapons, TASS reminds.

"It has already begun. This is obvious. Everything began after the US pullout from the ABM treaty", the Russian President explained.

Putin said that Russia "creates an umbrella for itself".

"What were we obliged to do in response? We were obliged to do everything to prevent this from happening. Either creating our own missile defense system or developing weapons capable of penetrating missile defense. And we did that. We made hypersonic missile, including the Avangard, a Russian hypersonic glide vehicle (HGV)”, he added. The anti-ballistic missile treaty was concluded between the Soviet Union and the United States in 1972. In December 2001, the United States declared it was unilaterally quitting the agreement. Under the terms of the treaty its actual termination happened six months later, in June 2002.

"Relations between Russia and the United States in the coming period will largely depend on the Biden administration," Putin added.

Putin also referred to the statement of the Minister of Defense, Annegret Kramp-Karrenbauer, who said that "Russia should be negotiated from the position of force".

"She thinks that it shows how strong she is, but it doesn't make sense. That lady became the Minister of Defense and wants to show that she is evil, and she only repeated the clichés that many NATO members have done many times. Such behavior is counterproductive for international relations, and from the position of our defense policy, there is no sense in what she said", Putin said. During today's speech, which lasted four hours and 29 minutes, the President of Russia also referred to the coronavirus pandemic.

"The opening of the borders will depend on the doctor's recommendation, and for now we expect domestic tourism to develop. We have made serious progress when it comes to combating coronavirus, and next year we will produce millions of doses of COVID-19 vaccines", Putin added.