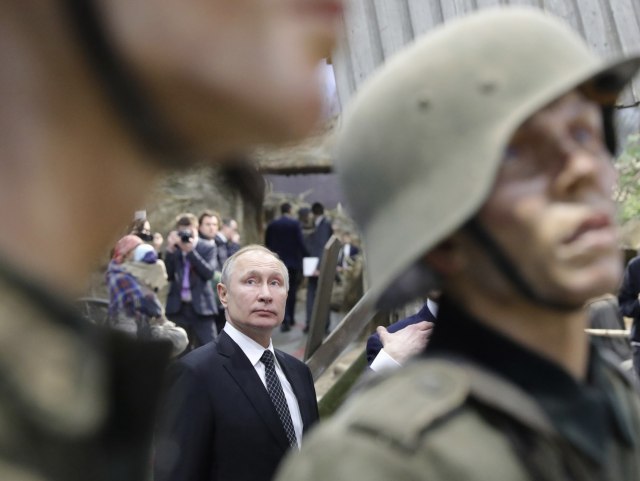 Russian President is a geopolitical winner, thanks to his choice to take risks. He has secured power in the country and has also strengthened himself on the world stage in foreign policy, Brugman claims.

German journalist recalls the long-forgotten words of former US President Barack Obama, who said Russia was a regional power but stressed that Putin has empowered the country to regain its status as a world power today.

In particular, Russian President, along with Iran, consolidated Syrian President Bashar el Assad's power in the country, while at the same time NATO was unable to attack Assad because of a no-fly regime over Syria, the author said.

Brugman points out that after the re-annexation of Crimea to Russia and the start of the armed conflict in eastern Ukraine, the Kremlin chief became a decisive factor in power in that region as well.

"Europe is not preparing for war, like in 1914, but comfortably lulling itself and moving in the direction of geopolitical insignificance. Europe must wake up if it does not want to allow further strengthening of Russian influence in the world. US and China will resolve trade issues, while United States and Russia will resolve geopolitical conflicts. Europe will be only allowed to provide supplies for the victims of crises and wars. It's time to wake up", Handelsblatt journalist appeals to Europeans, Sputnik reports.