Politiko: This is inconvenient truth on the potential new head of European Commission 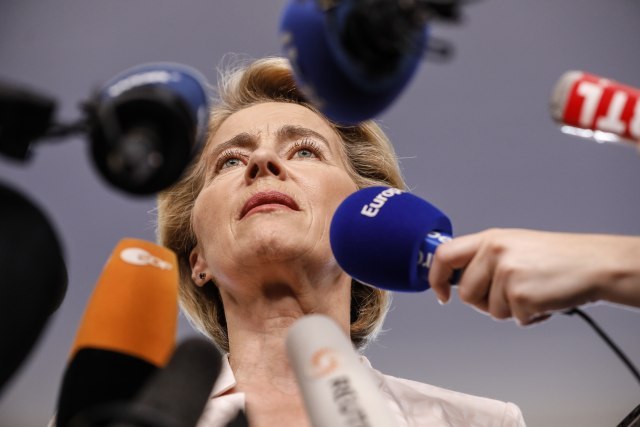 Above all, this 60-year-old woman, the mother of seven children, is being accused that she hadn't performed her job as Defence Minister well, but that the effects of her work is quite opposite, reports Index.hr.

"Von der Leyen is the weakest minister in our government, but this does not stand on her way of assuming the role of EC President", former President of European Parliament Martin Schulz commented on Twitter on Tuesday, calling this "victory of Orban & Co" who successfully prevented the nomination of Frans Timmermans under the pretense that he "advocates the rule of law".

"It is good for the army that she is leaving the post of defence minister. The years of her heading this ministry were tough for the German Armed Forces", unnamed CDU representative told "Financial Times". In Berlin, this paper reports, her party colleagues dislike her, opposition is also hostile towards her, media are full of negative front pages, and the generals resent her.

In 2015, she was accused of plagiarizing major part of her doctoral thesis. After the investigation of the University of Hannover was conducted, it was concluded that her doctorate "contains some mistakes", meaning that she misquoted some of the materials in her thesis, but it was decided that those oversights were not intentional, so that Von der Leyen was entitled to keep her PhD title.

On the other hand, despite expanded club of her critics and quite a range of accusations, she has very powerful friends supporting her, among others: German Chancellor Angela Merkel, and current President of German Parliament Wolfgang Schaeuble. Merkel protected her from all charges and supported her nomination for EC President in return for her loyalty.