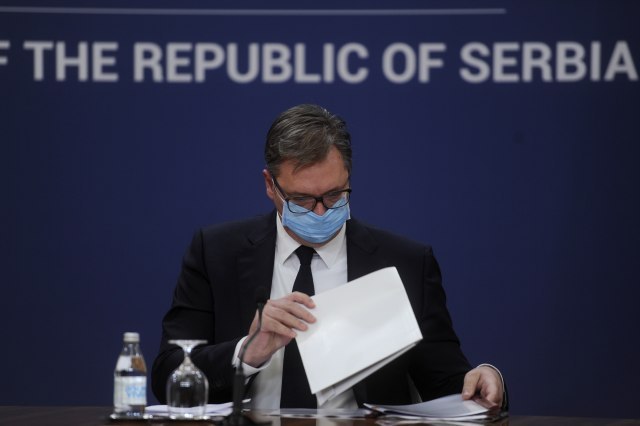 Vučić said that the number of newly infected people today was 1.195 by noon, most of whom were infected in Belgrade.

"Even with raising numbers, the situation is significantly better than in all other parts of Europe. We should thank our doctors and medical staff, and we talked about how to show them respect, and it was decided that all health workers receive single payment in the amount of 10.000 dinars", the President of Serbia, Aleksandar Vučić, said.

“Regardless of whether they are in COVID wards or not, there are 120.000 people in the system, and we will raise salaries for health care staff as of January 1", he said.

He said that no new measures were discussed at today's meeting, because the Crisis Staff will talk about them. "But, when it comes to those measures, we will sanction them in the strictest way," he said.

"We will severely sanction all those who do not respect them, and you will see that in the days ahead. We have no other choice," Vucic said, adding that the strictest measures, such as curfew, will be introduced only if we fall into the abyss.

He also said that many refuse to go to the Arena and told them to be aware that in such case, they bear the responsibility for their own and the health of others. Also, as he says, there is a large number of infected medical staff.

It is of key importance that flu and coronavirus do not appear in our hospitals, said the President of Serbia and added that Serbia has procured flu vaccine and that it will get enough corona vaccine, although there is a big fight in the world now. "But the one who procures them a month earlier also has an advantage. We have signed pre-contracts, and the minimum quantity should reach us by the New Year," said the President of Serbia. It should reach 350.000 by March, but that will not be enough", he added.

Nobody said that we should stop living, but it is not right to deceive the state... We are not doing this for us, he said.

According to him, the situation with the coronavirus is developing geometrically, not arithmetically, but we are not panicking. "Things, especially if we compare ourselves to others, we keep under control." He compared the situation in the region and mentioned that in the "Croatian scenario", Serbia would have from 4.000 to 9.000 cases a day, and the number of deaths would be around 55.

He thanked the citizens, as majority of them, as he says, behave responsibly or at least half responsibly.

Just to reiterate, the number of hospitalized people has almost doubled compared to last Monday. There were just over 1.000 yesterday, and the number of people on respirators is growing.

Minister of Health Zlatibor Lončar, state secretaries Berislav Vekić and Mirsad Djerlek and hospital directors and epidemiologists are also meeting with those who are fighting anti-COVID battle on the front line.

"I urge people to wear masks"

"Thousands of people visited the Temple of Saint Sava yesterday... I know that Serbs love their temple, but I am only asking them to respect the measures," Vucic appealed to the citizens of Serbia.

As he says, if they are going to visit the Temple of Saint Sava, it is important that they wear masks. 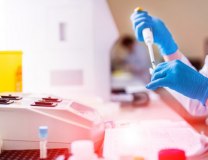