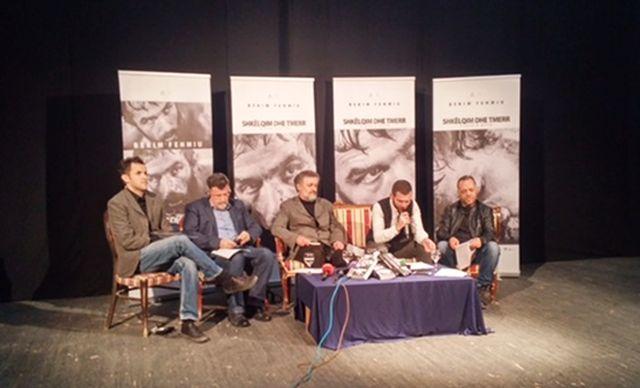 After the original publication in 2013, the Samizdat publisher translated and printed the book in Albanian, Fehmiu's mother tongue.

The promotion attracted great attention of the Kosovo public, international diplomats and relatives of the famous actor Bekim Fehmiu, who left a significant mark on domestic and foreign cinema.

"It means a cultural and educational recognition and bringing people together not only within a nation but between peoples as a whole," said Arsim Fehmiu, the brother Bekim Fehmiu.

The Kosovo public is now able to read in Albanian a book about the actor who was born in Kosovo, about his life and successful career that ended abruptly. Bekim Fehmiu was one of a few people who tried to show to Serbs the Albanians that they do not know.

"In addition to the artistic value, the book carries a unique value in the context of the memory of culture of Serbs and Albanians," said Anton Berisaj, a professor of Albanian literature.

"This is the best way to boost communication and awareness of language and topics on that are being communicated, and that's s actually life," said Veton Surroi, a journalist and publisher. Three years after the release of the second part of the book Samizdat published it in Albanian with the help and support of Kosovo professors of literature, Western diplomats, organizations and institutions in Pristina and Belgrade.

"The next book we are preparing is 'Serbs and Albanians Through Centuries' by Petrit Imami, which will be printed in Serbian and Albanian and will have promotions, like this here today, also elsewhere in Kosovo, Serbia and Albania," said Veran Matic.

After Pristina, the book will be promoted in Prizren.

The promotion of the second part of the "Brilliant and Terrifying" memoir is the result of cooperation between Samizdat and festivals "Miredita, dobar dan", organized by the Center for Practical Policy and Civic Initiatives from Belgrade and Integra from Pristina.