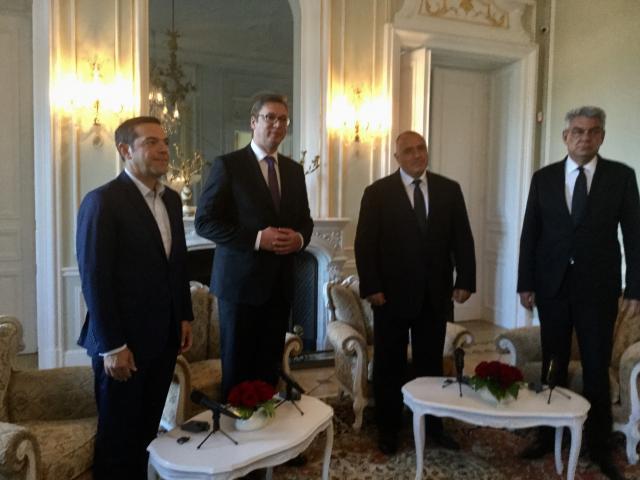 He made the statement in Varna, Bulgaria, where he on Tuesday met with his Greek and Bulgarian counterparts, and the Serbian president.

"We are four countries that make up the Western Balkans, which could equally be a gateway to enter the EU, as well as to exit the EU, or a wall that defends the EU. We share the same interest, both strategically and economically, but also for Serbia, as a good neighbor, to become a member of the EU," Tudose said.

At a joint news conference with Aleksandar Vucic, Boyko Borisov and Alexis Tsipras, he emphasized that cooperation between Bulgaria and Romania with Serbia and Greece has been expanded, Romania's Agerpres reported.

"We are not a neighbor of Greece, but we are a partner country of Greece," Tudose said.

After the meeting, Vucic announced that prime ministers of Bulgaria, Greece and Romania would come to Belgrade in two months' time, and said the visit by leaders from three EU member states was "very significant for Serbia," Tanjug reported.

"This is not about establishing a new Visegrad Group, but it is a way for us to be more united and stronger," Vucic said.