Vučić: "There is no surrender" PHOTO

President of Serbia, Aleksandar Vučić, spoke about the new situation in the north of Kosovo and Metohija. 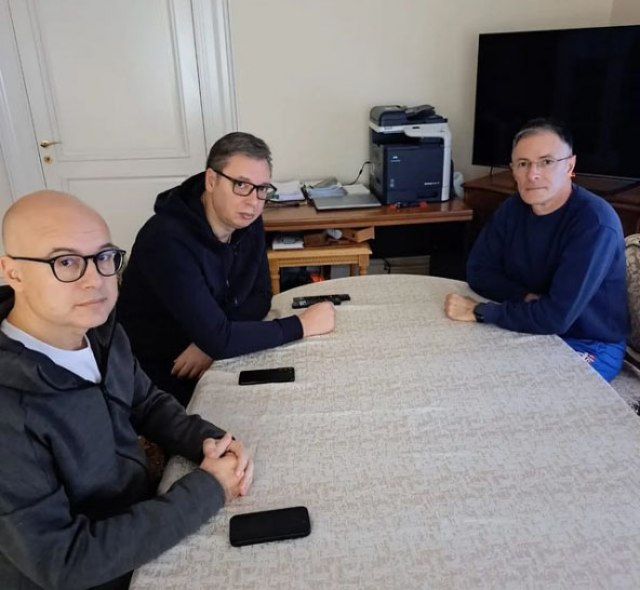 He shared a photo with Defense Minister Miloš Vučević and the Chief of the General Staff of the Armed Forces, General Milan Mojsilović, on his Instagram profile.

"During the night and morning hours with the Minister of Defense Miloš Vučević and the Chief of the General Staff of the Armed Forces Milan Mojsilović... There is no surrender," wrote Vučić.

Currently, the situation in the north of Kosovo is calm, but tense, while "Kurti's policemen" are still in their positions and, according to their statements, they plan to stay there.