Graffiti appeared in North Mitrovica this morning: "We are waiting for you" PHOTO

In North Mitrovica, graffiti appeared in several places this morning with the following messages: "Don't worry", "We are here", "We are waiting". 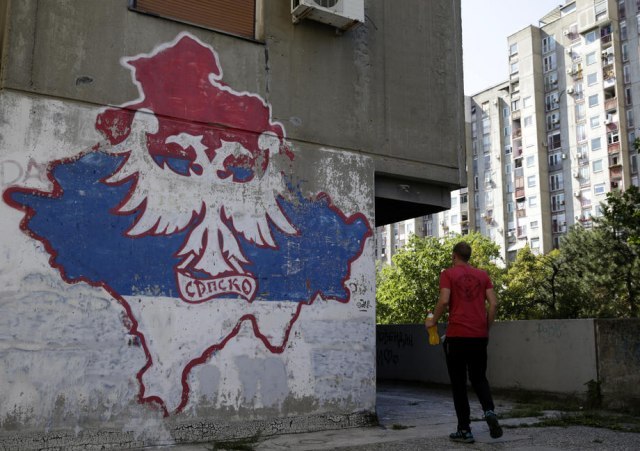 The photos were shared on numerous accounts of Albanian social network users.

Similar graffiti had been written on the streets of North Mitrovica before, as well as in other municipalities in the north of Kosovo, but now the signature "North Brigade" appeared for the first time.

Graffiti can be seen on the main promenade and in bars around the city.

Just one day after the meeting of #NATO @jensstoltenberg with the President of #Serbia 🇷🇸and the PM of #Kosovo 🇽🇰and shortly before the start of their meeting with #EU 🇪🇺, threatening graffiti appeared in the north of Kosovo:“Don’t worry.We are here.We are waiting-North Brigade” pic.twitter.com/OH4ZZBDsBq