Confidentiality mark removed from documents from Bill Clinton's presidential library. Reportedly, ultimatum was ready six months before the bombing of the FRY. 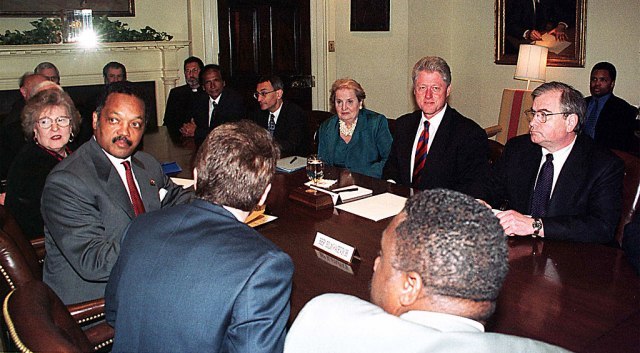 As Novosti reports, six months before the bombing of Serbia began, on September 24, 1998, Samuel Berger, the then US national security adviser, informed US President Bill Clinton about preparations for an ultimatum to Serbia.

According to the documents that were declassified, in order to "stop the humanitarian catastrophe in Kosovo and prepare a political solution", Clinton proposed a "credible threat of NATO military action".

"This means putting pressure on NATO to issue an ultimatum demanding that Milosevic take concrete steps to resolve the humanitarian and political crisis, or face a military response. For the ultimatum to be credible, we and our allies need to be prepared to carry out limited missile attacks. "If Milosevic does not agree to obey, if he persists, we should be prepared to carry out wider air strikes to prevent his ability to conduct military and security operations in Kosovo," Berger recommended.

The American foreign policy team, says Berger, agrees that relying only on humanitarian actions and diplomatic negotiations has no prospects for success. He claims that Ambassador Hill's negotiation process with Milosevic and the Kosovo Albanians will not yield an acceptable agreement as long as the violence continues, "through brutal actions by Serbian security forces combined with occasional KLA attacks."

The UN Security Council resolution, adopted from 14 to zero, with China being restraint, and NATO's decision to start gathering forces are significant steps in our political and military preparations for issuing an ultimatum, while at the same time sending strong signals to Milosevic. The UN resolution helps create a political basis for the use of force for many of our allies, but it explicitly does not allow the use of force - he admits.

Therefore, Berger warned Clinton that this approach has its price and risks, both political and military. The document shows that the top of the USA was aware of numerous obstacles in America, among the allies, as well as in the world, for the implementation of this plan.

"Giving support to the allies will require a great deal of effort, especially with Russia, which strongly opposes the use of force. Many allies will want to try another UN resolution authorizing the use of force before NATO issues an ultimatum," Berger was aware.

However, he adds that the new resolution is less of a problem than the decision of some allies to give up participation in the operation. He is aware, he says, that maintaining consensus is problematic, especially if Milosevic partially agrees with the terms of the ultimatum.

"We will have to consult in detail with Russia bilaterally, as well as through NATO, in order to limit the damage to our relations," Berger points out.