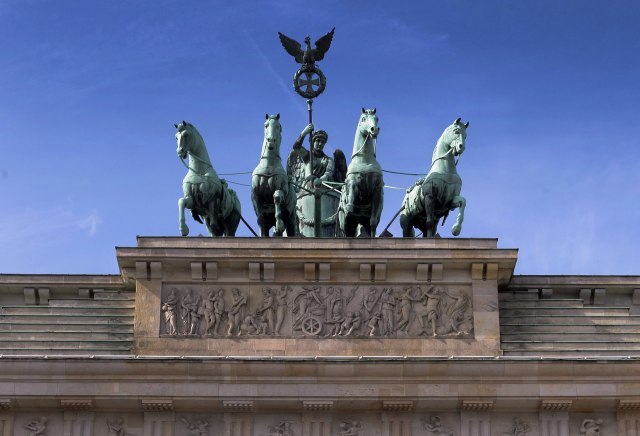 The interlocutors are difficult, the topics even more so, and Berlin is powerful.

Regardless of the fact that representatives of all the countries of the Western Balkans plus Slovenia and Croatia will today be there informally, and that besides German Chancellor Angela Merkel there will sit also French President Emmanuel Macron, it is clear that all eyes will be on Vucic, because the question of how Belgrade and Pristina will go on continues to be the most difficult and dominant topic, according to the Tanjug agency.

Although Berlin has announced that no binding documents are scheduled to be signed tonight, it would be naive to believe that Macron, who's house is on fire, and Merkel, at the end of her political career, called on the leaders of the Western Balkans, occupied with their own troubles, only to have dinner and exchange opinions.

Judging by the German media, Berlin from this gathering expects something after all, from Belgrade and Pristina above all.

What are the expectations of Berlin - is it just to enter into dialogue with all policymakers in the Western Balkans and exchange views or something more concrete?

This, along with the accent of the German warning of the "ad acta," i.e., shelved European perspective - if Belgrade and Pristina do not show a serious will for normalization - could be in the area of ​​political speculation, while in the zone of political reality, Germany is clearly against the idea of exchange of territories and moving of of borders, and its diplomats, precisely on this subject, are "feeling the pulse" in the region.

On the "southern wing" of the European Union (EU) and Europe, the political situation is a raw - starting with nationalism, through corruption and demonstrations, to Prishtina's tax on Serbian goods, and therefore, according to the German media, the meeting tonight should at least again bring to the same table all Balkan actors, first of all, representatives of Belgrade and Pristina

It is said clearly from Berlin that relationship between Belgrade and Pristina makes the development of the entire region more difficult, and it has repeatedly emphasized that it is a region that has a tendency to move toward the EU and at the same time it is under the influence of Russia, China, Turkey, Saudi Arabia and America.

Tonight's summit can therefore, at least partly, be interpreted as part of the EU's fight against the United States, Russia, China, Turkey or Saudi Arabia for influence in the region, and then expected not only the warning about putting EU perspective "ad acta" but some promises and greater financial and any other engagement of the EU for the development, security and stability of the region.

That tonight in Berlin the only topic will not be the Balkans and the Balkan people, analysts also see in both Merkel and Macron wanting to send a clear signal to Washington with this meeting about the debate on the changing the borders and that the EU wants to sit at the negotiating table.

In addition to Washington's signals, Merkel and Macron want to send a message to Brussels itself, that is, the EU's high representative, Federica Mogerini, who has been criticized in Germany politically not only for being tolerant, but also encouraging of the Vucic-Thaci negotiations for what, they say, she had no mandate, nor the support of all EU members.

German officials do not hide the dissatisfaction with the activities, that is the lack of activities of the EU Commission, and emphasize that Merkel's and Macron's initiative about this evening's summit came in due time, because the region, as the warning goes, threatens to fall back into the trap of an old conflict.

Merkel and Makron, according to the pedagogical principle, may want to show the Balkan people how their countries themselves started out as blood enemies , to then sign the Elysee agreement in 1963, and become "proud friends and the driving force behind the development of the EU, with more than 2,200 twinned cities."

Or perhaps, maybe tonight, it could be heard concretely that the Kosovo dialogue that has been held in Brussels so far and is now in a deadlock required a new impulse, format and a clear goal - this is, "Serbian recognition of Kosovo, as a prerequisite for stability and peace of the Balkans?

It's informally possible for Balkan and EU leaders to hear any of this, while they are likely eating the famous German foods and enjoying desserts, during formally the only announced commitment of Merkel today, who could end up learning tonight just how much international reputation she has left, in her last round as the chancellor.