Minister to citizens: Do not fear GMOs

Serbian citizens have no reason for fear in case of any changes to regulations on marketing of genetically modified organisms (GMOs), says Rasim Ljajic. 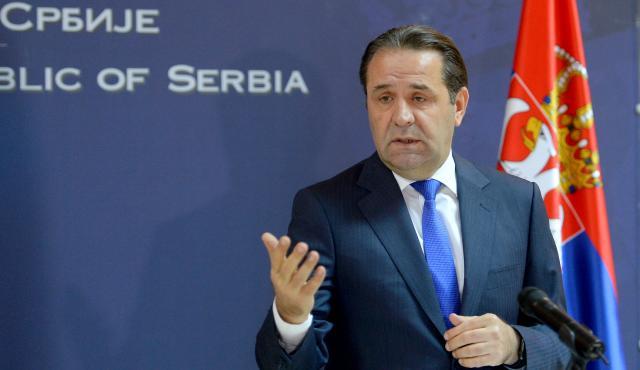 This is because "the law will strictly note that cultivation of such organisms is explicitly forbidden," Tanjug has quoted the Serbian minister of Trade, Tourism and Telecommunications as telling reporters.

According to Ljajic "restrictive bylaws would make marketing of GMOs practically impossible."

"If there are any amendments, the law will strictly stress that the growing of genetically modified organisms is prohibited, while the selling conditions will be so restrictive at to make them virtually impossible," Ljajic said, according to Beta.

This was his response when asked by a journalist about negotiating Chapter 30 in EU accession talks, which deals with international economic relations and, among other things, envisages trading in GMOs.

"It is in our interest to make this matter transparent... There must be a notice that the food contains products with GMO elements, that is, there must be ten conditions for the transport of such products, which will make it de jure permitted and de facto impossible," Ljajic said.

He added that this was not fraud and that Serbia was entitled to do this as the "World Trade Organization says you cannot ban the transport and sale of a product, but you can set the conditions for its sale."

He stressed that it was in Serbia's interest to be in the WTO, which is being negotiated on two levels, with each WTO member individually.

"WTO members make up three quarters of the world's countries. Only 13 countries are not in negotiations and do not nurse the ambition to become WTO members," Ljajic said.