"It is unheard of that an attempt to rehabilitate a convicted war criminal is underway in a European institution," Aleksandar Vulin has said. 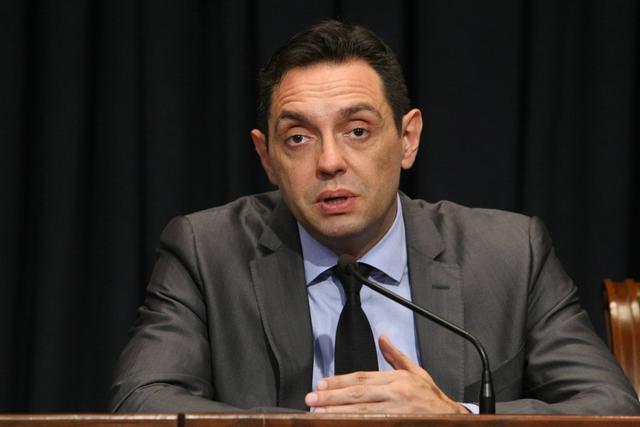 The Serbian minister of labor, veteran and social affairs was reacting to an exhibition staged at the European Parliament (EP) in Brussels, dedicated to Croatian Catholic WW2-era cleric Alojzije Stepinac.

Vulin said ministry will send a strongly worded protest and demand that the EP also provides an opportunity to show the truth about the victims of the Ustasha regime.

The Ustasha were in power in the Nazi-allied Independent State of Croatia (NDH) from 1941 to 1945 and operated death camps for Serbs, Jews, and Roma.

"If there is room for an attempt to rehabilitate the vicar of the Ustasha army, then there must also be room for the truth about the victims of the Ustasha regime," Vulin told reporters in Belgrade on Wednesday.

The minister remarked that Stepinac was convicted for war crimes, adding, "I cannot image that any other convicted war criminal could be given space for rehabilitation in a European institution."

Democratic Party (DS) leader Bojan Pajtic on Tuesday sent a protest letter to EP President Martin Schulz because of the scandalous exhibition dedicated to Stepinac that opened in Brussels, organized by the European People's Party (EPP), whose member is Croatia's ruling HDZ.

In his letter, Pajtic, a member of the Presidency of the Party of European Socialists, said it was "incomprehensible that in 2016, at the center of the EU, words of praise are said and exhibitions opened dedicated to a person who took part in the pogrom of hundreds of thousands of Serbs, Jews, and anti-fascists in NDH's death camps during the Second World War."

Pajtic also said that "European institutions should be stopping, and not promoting the return of fascism in Croatia."