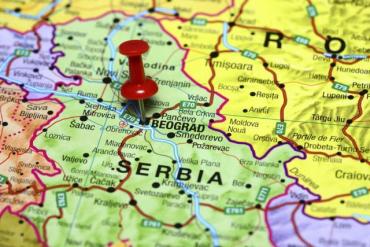 Chapter 31 relates to foreign policy and security, and taking the leading role among those blocking it are Germany, Great Britain and the countries of the former Warsaw Pact - the Czech Republic, Hungary, Bulgaria, Poland and Romania, said the article.

Although Brussels completed a draft screening report for this chapter back in January, it is still being "harmonized" in the EU member states, ten of which have not yet given the "green light" for the adoption of this document.

Among other things, Serbia is expected to be "much more active in aligning its policies with the EU and increase the percentage of its alignment with the declarations and resolutions of Brussels towards third countries, which has been declining for years."

During last year and the one before, Serbia failed to support a total of 30 documents of the EU, which is almost half of all declarations that Brussels prepared. In 2015, Serbia rejected 13 out of 40 such documents, while in 2014, this number was 17 out of 35. For comparison, in 2012 Serbia failed to agree to only one declaration, that concerning human rights in China.

Last year, continued the newspaper, "we turned down Brussels in all ten cases related to Ukraine and Russia - starting with sanctions against Moscow, to condemning the annexation of Crimea." Serbia also did not accept resolutions regarding sanctions against the rebel leaders of the self-proclaimed Transnistrian Moldovan Republic, and restrictive measures towards Zimbabwe and Bosnia-Herzegovina.

Marina Jovicevic, acting assistant to the foreign minister for the EU, said that Serbia's position was clear from the beginning and that because of Kosovo, our country is not able to harmonize its position with that of the EU when it comes countries such as Russia and China, who are permanent members of the UN Security Council:

"Therefore we are in a situation where the percentage of alignment is now about 60 percent, while previously it went even up to 99 percent," said Jovicevic.

Igor Novakovic from the ISAC Fund told the daily there was still no precise data for 2016 when it comes to the number of EU resolutions supported by Serbia, but he believes it will be same as last year:

"Delaying the procedure of opening chapter 31 sends a clear message to Belgrade that is expected to increase harmonization with EU policy, particularly around the restrictive measures," said Novakovic.

The article concluded that "perhaps the most interesting case of non-alignment with the decisions of the EU" is the declaration of EU diplomacy chief Federica Mogherini and Secretary General of the Council of Europe Thorbjorn Jagland, regarding the marking of World Day against the Death Penalty, a form of punishment that Serbia has abolished. The declaration directly condemned Belarus as the only country on the European continent that still has the death penalty. In addition to Serbia, the statement was not supported only by Armenia, Georgia and Azerbaijan.