The 287th day of the special military operation that Russia is conducting in Ukraine is underway.

The 287th day of the special military operation that Russia is conducting in Ukraine is underway. 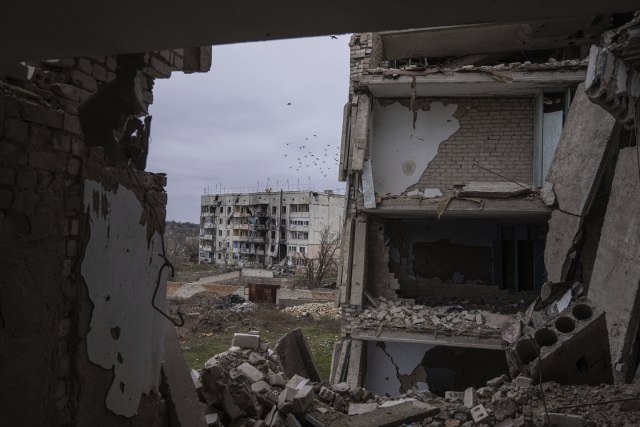 Russian Defense Minister Sergei Shoigu accused Ukraine of continuing shelling of the Zaporizhzhia nuclear power plant and thus creating the threat of a possible nuclear disaster. Russia is counting on the implementation of the idea of the director of the International Atomic Energy Agency, Rafael Grossi, on the creation of a protective zone around the Zaporizhzhia nuclear power plant, Russian Deputy Foreign Minister Sergei Ryabkov said.

Moscow will respond to all sanctions based on its interests, said the spokeswoman of the Russian Ministry of Foreign Affairs Maria Zakharova, commenting on the development of a new package of restrictions against Russia in the EU.

"You know very well that a proportional response is given to all sanctions, based on the interests of our country, elaborated in interdepartmental formats, coordinated, verified and so on," Zakharova told the media.

According to her, Russia has learned to live under sanctions.

"In the area of the settlement of Artyomovsk, the arrival of reinforcements for the armed formations of Ukraine was noticed," he specified.

According to him, the majority of Ukrainian fighters were immediately sent to the zone of active combat operations in order to fill irreparable and sanitary losses. The others are still in reserve.

The Russians fired more than 220 missiles at the Sumy region

Price: U.S. does not encourage Ukraine to attack

The U.S. is not equipping or encouraging Ukraine to carry out attacks across its borders, the State Department said after Ukrainian attacks on military airfields in Russia.

Kyiv did not explicitly claim responsibility for the attacks but welcomed them. Price said there was no evidence that the attacks were carried out by Ukraine. The airport in Kursk was attacked by a drone, as a result of which an oil tank caught fire, the governor of the Kursk region in Russia, Roman Starovoyt, announced this morning.

Russian Ministry of Defense announced on Monday that "Ukraine attempted to launch an attack" on military airfields in Russia's Saratov and Ryazan regions with the help of Soviet-made drones. As stated, the Russian aviation, with the help of air defense, shot down Ukrainian drones that were flying at a low altitude. Three members of the military-technical staff were killed in the attack, and four were injured.

Russia then launched a massive attack on Ukraine's military command system and announced that the transfer of Ukrainian troops and weapons to the combat zone had been prevented.