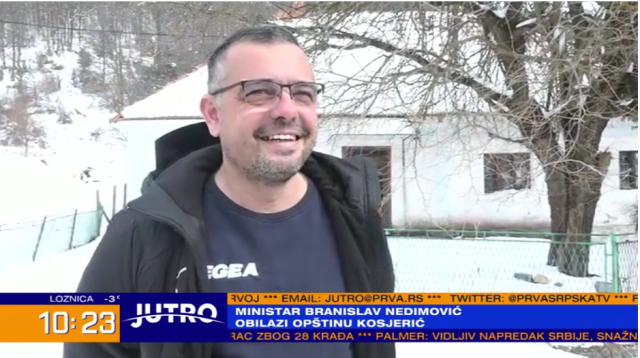 The idea was to present a new line for subsidies that will be given start end of March, or begin April, specifically useful to "primarily to people in Western and Eastern Serbia orientated to cattle breeding and fruit growing," stated Nedimovic.

"This means that if a producer wants to buy something, for example, a tractor worth 20,000 euros, a subsidy in an amount of 50 percent of the value will be provided for by the government, 40 percent from the bank for a period of three to seven years, and a producer must give 10 percent. So, if the value of the tractor is 20,000 euros, 10,000 euros will be non-refundable. I don't think that is an insignificant amount, "he said.

Nedimovic recently visited Bahrain, and he said that it is very important to conquer new markets, primarily for different types of berry fruit.

"Apart from Bahrain, markets like Emirates, Turkey, Egypt, are to be targeted. Even the raspberry semolina has found its way to China," he said.