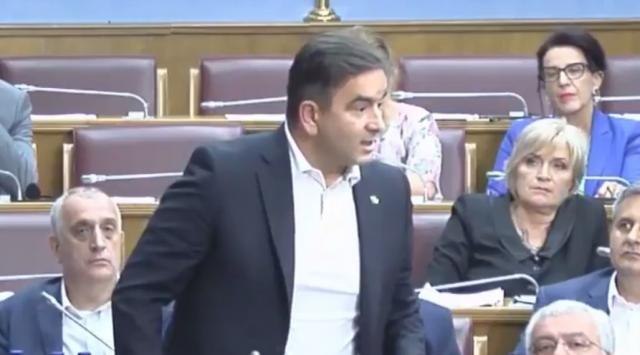 Medojevic was jailed on the order of the president of the Higher Court Boris Savic, because he has been for several months refusing to give a statement in a case against him.

The opposition politician and his colleague from the Democratic Front (DF) Milan Knezevic have for months refused to give information about a judge who allegedly offered to, in exchange for EUR 10,000, annul a 2015 verdict concerning an attack on a policeman.

Medojevic can be freed if he makes a statement, or he could be held in prison until further notice, the Montenegrin police announced on Friday.

Milan Knezevic held an unscheduled news conference at one o'clock past midnight to say he would not surrender to the police, and would remain in the Assembly with fellow DF members.

Another member of the Assembly and one of DF leaders Andrija Mandic assessed last night that Montenegro was "on the brink of civil war."

Earlier, the Assembly voted 46 to 15 to annul the decisions of the so-called Podgorica Assembly held in 1918, which resulted in the joining of the Kingdom of Montenegro and the Kingdom of Serbia into a single state.

61 deputies took part in the multi-hour debate. The resolution that was passed had been put on the agenda by the ruling DPS party.