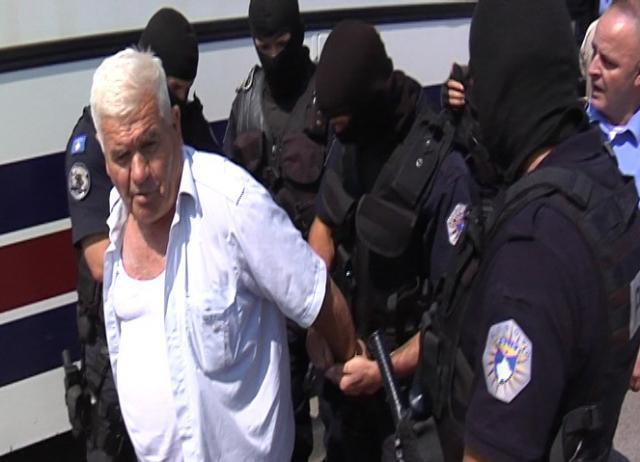 His lawyer Dejan Vasic said at the time that Mitrovic was arrested based on the statements of one person - his former neighbor, Xheladin Sadikaj - who is also in charge of organizing the return of the Serbs driven out of their homes in the Suva Reka municipality.

Speaking after he was released, Mitrovic said that he had been on good terms with his ethnic Albanian neighbors, and that all witnesses who testified during the trial spoke in his favor.

"After we became refugees from our native village we visited at least ten times and there had been no problems. However, the very person who usurped my property, Xheladin Sadikaj, became the head of a working group for the return of the displaced Serbs in Suva Reka. Then the problems started," he explained.

Mitrovic - who said he was treated well in jail, but found the injustice of the situation the hardest to bear - thinks he ended up accused of war crimes and imprisoned because Sadikaj wanted to take his property, but also to intimidate the Serbs and discourage them from returning.

At the time of the arrest, Belgrade and the Serb List in Kosovo also described the case as the desire of the Albanians to intimidate the Serbs and discourage their return to the homes and the property from which they were forcibly driven out.

The head of the Office for Kosovo and Metohija, Marko Djuric, said Mitrovic was put behind bars "just because he is a Serb man" - and because of an attempt to take over his property. According to Djuric, the release is the result of great efforts invested by the defense team and by President Aleksandar Vucic, who was bringing up the issue "in every meeting with top EU and other international officials."

Referring to the manner in which Mitrovic was arrested, Djuric said:

"His wife, children and grandchildren should not have watched masked special police forces put a hood on his head and take him to an unknown location, brutally violating his human rights. That innocent man spent the next four and a half months in the part of the prison meant for the worst criminals just because he is a Serb."

Djuric also urged the release of other "political prisoners" in Kosovo: Darko Tasic from Prizren, Milanka Terzic from Pec, Zoran Vukotic from Vucitrn, "and everyone else who is behind bars just for being Serb."

He also vowed that Serbian authorities would continue to work to "right the injustice done to our people."