Police had to withdraw, Trump warned: Terrorists took over the city PHOTO

U.S. President Donald Trump has threatened to take back the Seattle protest zone held by protesters under the control of law enforcement, as BBC reports 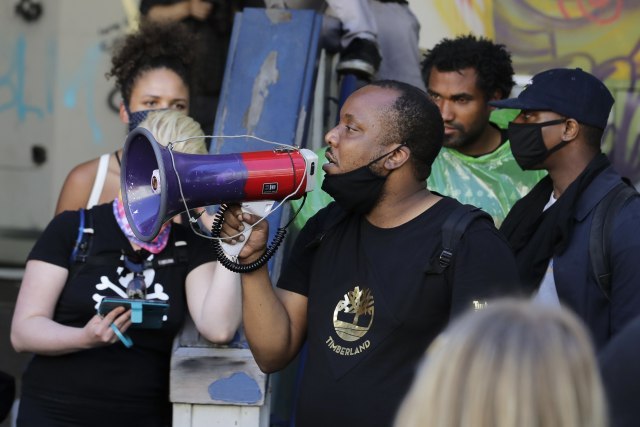 Namely, after several days of violent protests, the police has withdrawn from a protest zone in Seattle on Monday.

Trump: The city was taken over by local terrorists

Although Seattle city leaders asked him not to interfere, Trump assessed the situation as "the area had been overtaken by "domestic terrorists".

Since police withdrew, demonstrations in the area have been largely peaceful, there is no violence, and that part of the city has been called an "autonomous zone".

It has been called Chaz, an abbreviation of Capitol Hill Autonomous Zone. Hundreds of people have been gathering there to demonstrate, hear speeches and attend events.

Trump first demanded that the governor of the state of Washington take firm action against the protesters, but in the meantime he promised to reform the police, police procedures and service rules.

The protests in Seattle, Washington began in response to last month's death in police custody of an unarmed black man, George Floyd, in Minneapolis, Minnesota.