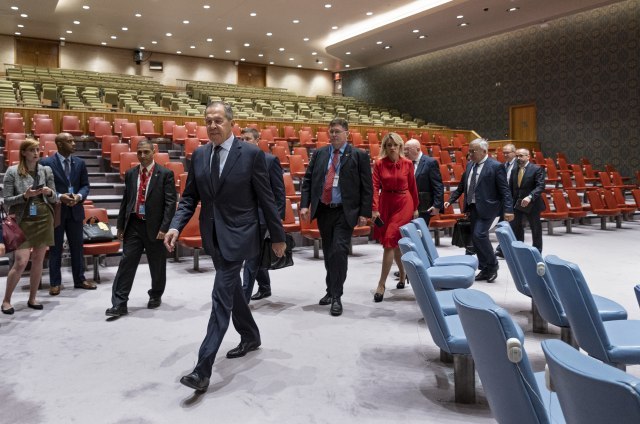 The Russian Foreign Minister visited New York to attend events at the UN General Assembly. However, the problem erupted when the United States didn't grant visas to other members of the Russian delegation.

"At that time, when turnarounds were happening over the Atlantic, the situation was completely different," Zakharova stated for TV First Channel, reported by Sputnik.

"The assignments are completely different now, precisely in order to minimize the damage that those people who tried to stop the Russian delegation were counting on. Why should we make it easier for them?", Zaharova answered when asked if the minister was tempted to turn the plane over the Atlantic as former Foreign Minister Yevgeny Primakov once did after the 1999 bombing of Yugoslavia began.

Several members of the Russian delegation were denied visas to attend the 74th session of the UN General Assembly, which took place from September 24-30 in New York.

Zakharova referred to the earlier statements by US representatives that visas were not granted for technical reasons as "unsustainable."

Minister Sergey Lavrov said Moscow would not miss on the opportunity to respond to the US move of non-granting visas to the members of Russian delegation.