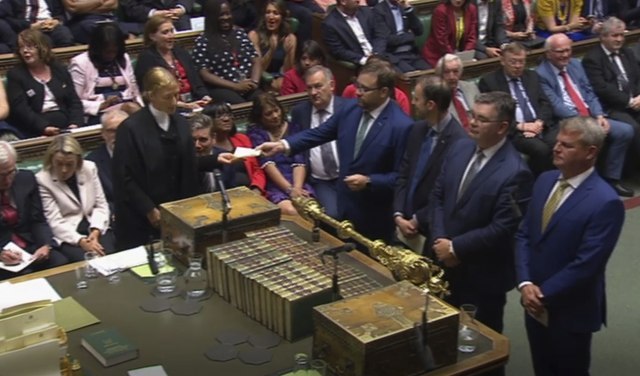 Prime Minister Boris Johnson has suffered a major defeat after members of Parliament voted to take control of Parliament in order to pass a new law that could force him to delay Brexit and avoid a no-deal exit.

"I don't want an election, but if MPs vote tomorrow to stop the negotiations and to compel another pointless delay of Brexit, potentially for years, then that will be the only way to resolve this," Johnson concluded.

The vote in Parliament on Tuesday night suggests strong support for preventing the no-deal scenario. It was only made possible by 21 Conservative Party legislators who defied Johnson and will see their parliamentary careers come to an early end because of it.

Johnson lost majority in the Parliament when one of his Conservative MPs backed the pro-European Liberal Democrats.