Sarcevic explained: There was a confusion, the students remain in the dorms VIDEO

The Minister of Education explained for TV Prva that students stay in dormitories. The confusion was created by the student polyclinic, Sarcevic claims. 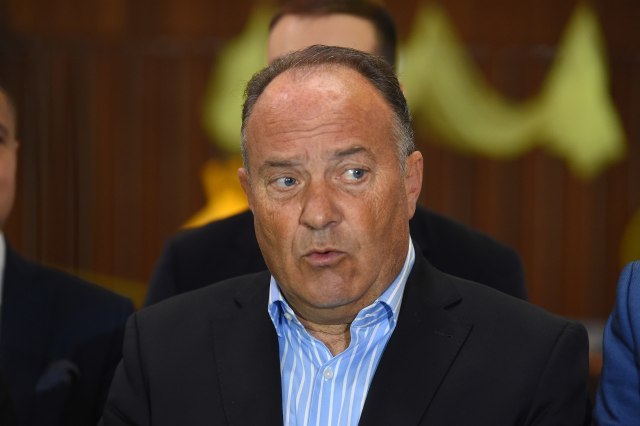 After last night's visit of the President of Serbia to RTS and the message that student dorms will be closed and that academics who are not from Belgrade will have to return home, a real mess has arisen, as Minister Mladen Sarcevic says. That caused dissatisfaction among the students who took to the streets of Belgrade last night in protest.

"They stay in the dorms and it is not a compromise because it means that it doesn't matter, they are infected... I want to point out to the fact that the Student Polyclinic drew attention and sent a bad message, when it was reported from that institution more than 200 students contracted coronavirus", Sarcevic said.

"Only 20 percent of students who are infected are from dorms, the rest are not. I presented that information to the Crisis Staff on Monday," Sarcevic said.

"The president was given data from the Student Polyclinic on the number of infected students, but not all of them are from dorms. Only 20% are from dormitories," the minister repeated, adding that academics are disciplined, wear masks and that no one is infected during exams.

Sarcevic stated that the session of the Government of Serbia is at 10 am and that it will be confirmed then that the students will stay in the dorms.

That caused dissatisfaction among the students who took to the streets of Belgrade last night in protest.