The meeting of SNS and SPS on cooperation has started PHOTO

The SNS delegation, led by President Aleksandar Vučić, is talking today with the SPS delegation, to be headed by the leader of the Socialists, Ivica Dačić. 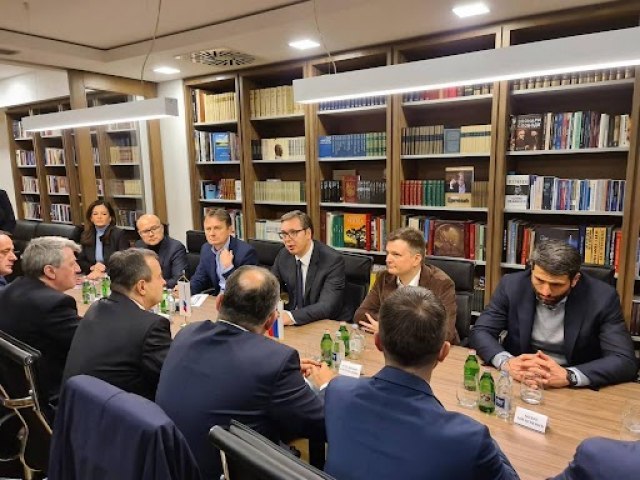 Dacic himself announced on Monday that the Progressives and the Socialists will talk today, stating that they will talk about models of cooperation, which, he says, is indisputable.

He also announced that they are working on the preparation of a certain document which will be a confirmation of the cooperation between the two parties. Dacic claims that the only possible joint candidate is Aleksandar Vucic, and that it is up to the president to decide whether he will run again or not.

He added that the support he provides to Vučić is in the interest of Serbia, and that is why he will not run for president, and added that the goal of the SPS is to exceed 10% in the elections. In the last nine years, as much as these two parties have been cooperating, says Dacic, there has not been a situation in which he and the president had different opinions, because they understand each other politically.