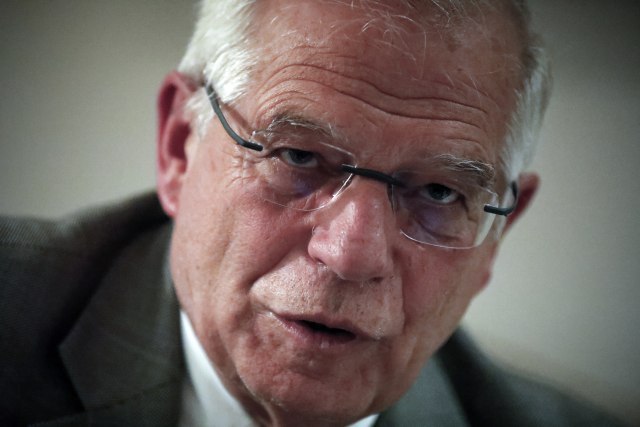 In an op-ed published today, Surroi revealed the details of a meeting Borrell had a few weeks ago in Berlin with distinguished European experts, Gazeta Express reports.

At the meeting, Surroi wrote, the Spanish diplomat raised the issue of border adjustment, asking if it would be a good solution for Serbia to take over northern Kosovo.

However, the experts' negative response and the idea that a border change would open Pandora's box prompted Borrell to ask the following question: "What should Serbia do to gain something?"

"A few weeks ago, Foreign Minister Josep Borrell met with prominent European experts in Berlin and, according to some participants, asked if it would be a solution for Serbia to take north of Kosovo, and received an answer that it would not be a solution but the opening of a Pandora's box and then he said, 'Yes, let's see what needs to be done for Serbia to get something?' ", Surroi wrote.

Surroi further emphasized the lack of coordination between Brussels and Washington regarding the Kosovo-Serbia dialogue. According to him, Borrell and Grenell's actions, in the context of a Rubik's Cube, resemble each side wanting to arrange their side of the cube with a certain color.

"In the context of the Rubik's Cube, Borrell's talk and Grenell's Letters of Intent are not coordinated at all. There is an effort by Borrell, for example, to make a red wall, a solution that, for example, might appeal to Serbia, while Grenell wants to put a yellow wall with a pragmatic solutions that provide economic progress for both countries, as the ambassador points out", the publicist added.

Surroi pointed out that Borrell's question about how to get Serbia to gain something from the dialogue resembles a purchase logic which includes offering discounts in order to boost sales.

According to him, such a question shows the dominant mindset that since Kosovo is independent, it must give something in return, KosovoOnline reports.

He added that if we are stuck with such mindset, "the three-year long maze that Federica Mogherini left behind while at the helm of EU diplomacy will continue".