Stormy Thursday in Assembly: Should Ljajic or Seselj go?

People's deputy from the opposition SRS (Radicals) Aleksandar Seselj has asked when the Serbian government will strip Minister Rasim Ljajic of his immunity. 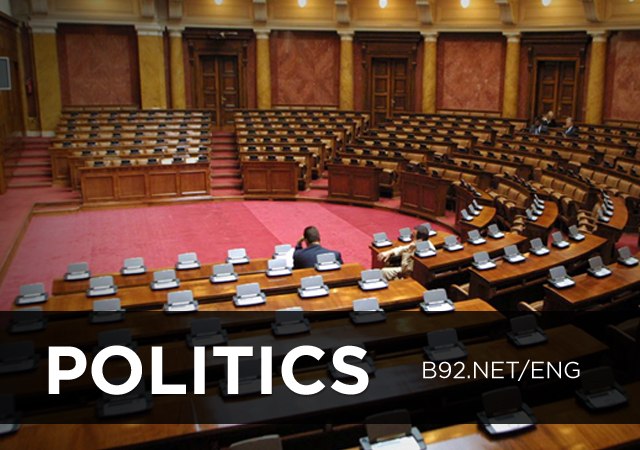 Milorad Mijatovic, from Ljajic's SDPS party, at the same asked the parliamentary speaker and the chairman of the Administrative Committee when the SRS deputy and party leader Vojislav Seselj will be left without a mandate.

"When will the Serbian government take away the immunity of Rasim Ljajic? Why is he so important for the coalition? Moreover he's poking the Serbian people in the eye, he's creating a coalition in the Bosniak National Council (BNV), with Sulejman Ugljanin, who is openly saying that Serbia is a fascist creation," Seselj asked during a question time session of the Assembly.

Seselj claims that Ljajic has picked Esad Dzudzo as president of the BNV, who in turn recently published a map showing Serbia "dismembered."

Mijatovic asked when the Administrative Committee would strip Vojislav Seselj of his mandate, "because he is a convicted war criminal."

He commented on Aleksandar Seselj's words by saying that "the apple doesn't fall far from the tree" and called the SRS "a mercenary party."

Mijatovic also said that Ljajic is facing "a shameless harangue" and that he "expects Sherlock Holmes to join the game."

"Those who invest in a man of the past should know that this is a bad investment, because it does not yield results. Your time has expired. Serbia is different. You have not changed, while Serbia moves forward, it goes to Europe," said the SDPS deputy.

Mijatovic said that he no longer expects the Radicals in the parliament and expects "these to be their last throes."

The debate between the Radicals and members of the Assembly from Ljajic's party continued after parliamentary questions had been asked.

Aleksandar Seselj said that Radicals always participate in elections on their own, while Ljajic's party has for 18 years always been a "satellite party", which is just filling up administrative and supervisory boards.

Branimir Jovanovic from the SDPS responded by saying that "nobody wants the Radicals" and that this was the reason they go to elections independently.