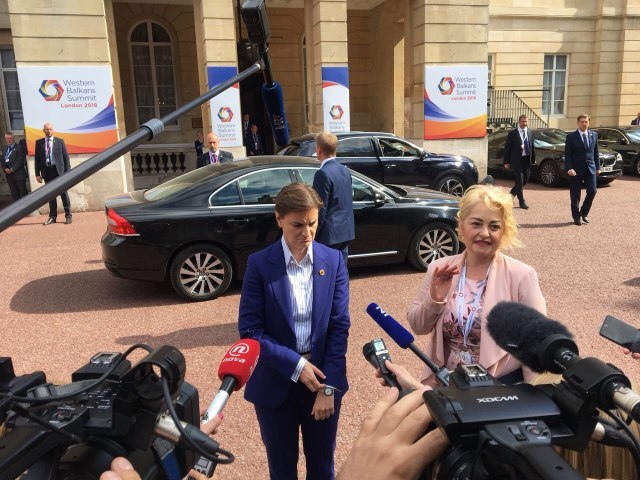 Ana Brnabic is seen in London on Tuesday

According to our reporter in London, the Serbian delegation refused the request, but after it was repeated, a brief meeting took place.

"After the (Western Balkans Summit) panel, the two of them saw each other, the meeting lasted two minutes, Haradinaj apologized for what happened this morning in Kosovo. Brnabic was restrained and said she had the impression that as the (Kosovo) dialogue was progressing they (Pristina) were being increasingly aggressive, and that this will not help. He apologized again and said that he himself was not aware of all the details, and that those arrested had been immediately released," it has been stated.

Earlier, the prime minister said she exchanged "a couple of words" with Haradinaj.