"If someone should join EU soon, it's you, Serb brothers"

"If somebody should become a member of the EU soon, it is you, Serb brothers," Speaker of Slovakia's National Council Andrej Danko said in Belgrade on Thursday. 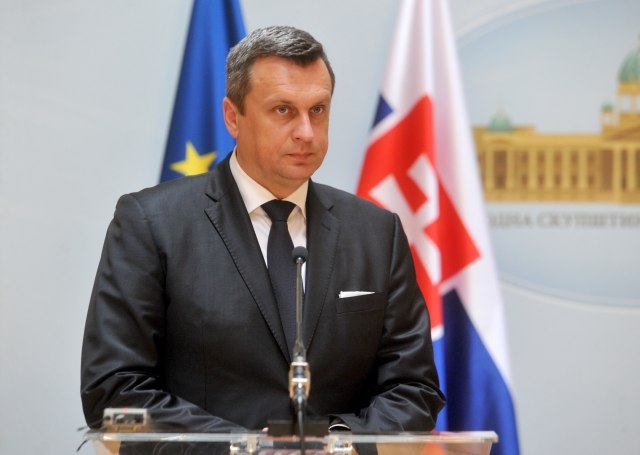 Slovakia, he said, can provide a lot of information about the mistakes that have taken place on the road to EU accession, and added that Serbia needs to protect its natural resources such as water, and should not sells its key companies.

Danko added that he spoke with Gojkovic about a code of ethics that Slovakia is preparing with Austria and other countries, stressing that its adoption would contribute to better behavior of parliament members (deputies).

He thanked Serbia for the respect shown to the Slovak people by allowing him to address the Serbian Assembly, "which is not a practice abroad."

Maja Gojkovic thanked Slovakia for remaining consistent in not recognizing the self-proclaimed independence of Kosovo, and added that this country, as well as other EU members "must and should be informed about the process of the dialogue between Pristina and Belgrade in Brussels."

She also thanked him for Slovakia' support to Serbia's bid to join the EU.

According to her, the conversation today with Danko was substantive, considering that it touched on concrete forms of cooperation and improvement of bilateral relations between the two countries.

"Our two countries have excellent political and economic relations, open and permanent dialogue between high ranking officials has been opened," Gojkovic said, and thanked Danko for accepting her invitation to came to Serbia on the occasion of 100 years since the two countries established diplomatic relations.

Gojkovic alos said they agreed on cooperation of the two parliaments, through "exchanges of experiences in the preparation of various documents, such as the Rules of Procedure and the Code of Ethical Conduct."

According to Gojkovic, Slovak and Serb minorities in the two countries represent an additional incentive for good cooperation and a solid bridge of centuries-old friendship.