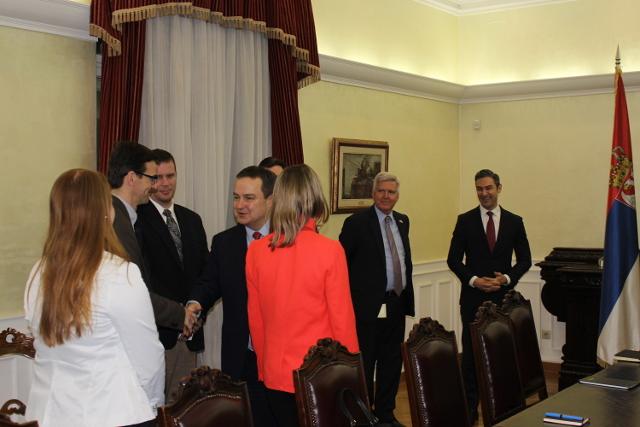 It was led by Executive Vice President Damon Wilson, who is in Belgrade as part of a study visit to the region.

According to the Serbian government, they discussed topics "related to regional stability and security, economic prosperity and continuity of reforms in the Western Balkans and Serbia."

Dacic "highlighted the importance of support to date of the United States to Serbia's European path and expressed confidence that the new US administration will remain on these lines."

He "pointed to the importance of improved political dialogue at a high level in recent years and to our interest to continue this positive trend, especially when it comes to economic cooperation and attracting new investments from the United States."

The meeting was also attended by U.S. Ambassador to Serbia Kyle Scott.