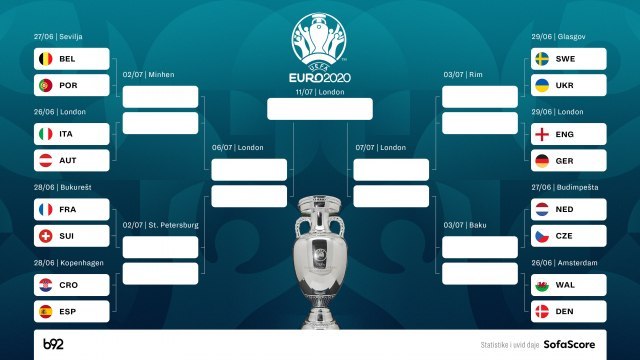 The French, Germans and Portuguese shared positions in the "death group" and that outcome was awaited by all national teams that have so far secured a place in the knockout phase.

So we got some very interesting duels, out of them, as many as three derbies.

Belgium, one of the favorites of the tournament, will meet the defender of the trophy Portugal, a classic between England and Germany is scheduled in London, while the clash between Croatia and Spain will be quite uncertain.