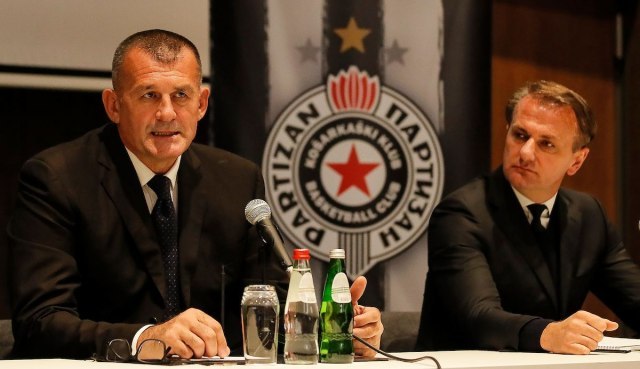 Savic was promoted on Tuesday, and one question at the press conference was about the Red Star.

The media announced that Zoran Savic is a Red Star fan but he explained the whole mix-up.

"I spent more than 30 years out of Serbia. I used to play for Fortitudo and Virtus, Real and Barcelona ... No one ever asked me about playing for a rival team. I respect everyone. When I came to Bologna, when I came back, Fortitude fans greeted me with a banner asking me to work for them, not to play for them. That was when I had those problems with Fucka. The fans wanted me to talk to them. I wouldn't change anything, I fought for Virtus just as I fought for Fortitudo. That's what I am, "Savic explained and continued

"There is no person from Herzegovina who did not support Velez. I was born in Zenica and I was a fan of Celik FC. I loved Dzajic, I loved Pizon, I also went to Zvezda games, and I had contacts with the Red Star basketball club, in the same manner, I used to have with Partizan, but I was very close to moving to Partizan when Zeljko was there. If I hadn't moved to Barcelona from Yugoplastika, I would have probably moved to Partizan. I had an offer from Red Star, an incredible offer in 2000 to move there, but I was injured and I had no desire ... I didn't want to interfere because of politics, that's why I left Split. I would have probably had a lot of money in my account. I would have done the same if it was Partizan, I do not mix politics and sports, that's who I am. Most of my friends are from Partizan and no one has ever told me about Partizan, neither Loki, nor Macvan, nor Antic ... I was close to them as I was close to others. I did want to come back here, back then. Now, I am fully committed to Partizan. I have no problems with any fans at all. "