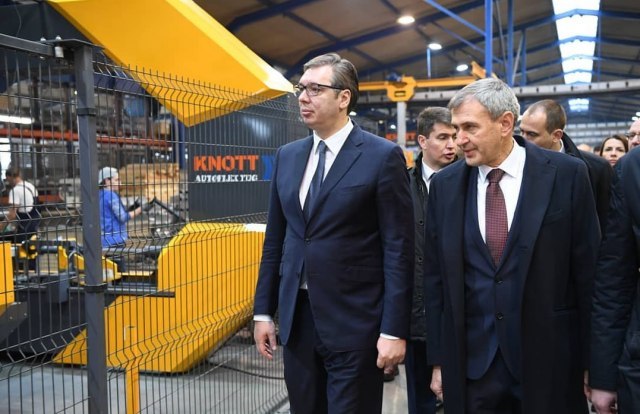 € 7.5 million has been invested into the new facility and will employ 82 workers.

The ceremony is attended by President Aleksandar Vucic, who, upon arrival, was greeted by the company management and employees in front of the factory, as well as a large number of citizens of Becej and its surroundings. Vucic thanked the citizens for waiting for him in such great numbers, and he was interested in seeing if there are job opportunities in Becej and what more could be done for the citizens in that municipality.

The response of the local population was that "constructions sites are all over, so everything was going in the right direction".

Vucic then had a meeting with the plant management and toured the factory's main hall, where he talked to workers in the newly opened hot-dip galvanizing plant facility in Europe, built to the highest environmental standards.

"This is my second visit to the company in Becej. I am glad that the people who invested, continue to invest, and it shows that they are satisfied with the conditions and that we have created a good environment in which they can continue to work and make money, and the workers to have larger income, providing a better future for their children", Vucic said.

Knott Autoflex Yug manufactures auto parts for trailers. The total value of the investment for the new facility is € 7.5 million, out of which, the Development Bank of Serbia contributed € 250,000.

Along with the growth of investments in Serbia in all economic areas, the demand for this type of steel protection is growing. The capacity of plant's line is 20.000 tons on annual level, out of which 14.000 tons is designed for export.

Namely, in February 2017, the Knott Autoflex Yug plant opened a new 9.500 m2 of auto parts production plant, in which it invested € 1.3 million.

Knott Autoflex Yug has been operating since 2003 and was founded by Autoflex Knott from Kecskemét in Hungary and the Knezev Group from Serbia at 51:49 percent of ownership share, respectively.

The factory in Becej markets its products to the EU, Israel, Russia, Turkey and the United States. 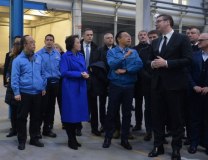