BELGRADE -- The total number of deaths since the coronavirus pandemic started rose to 58 and the number of confirmed cases to 2.200

BELGRADE -- The total number of deaths since the coronavirus pandemic started rose to 58 and the number of confirmed cases to 2.200 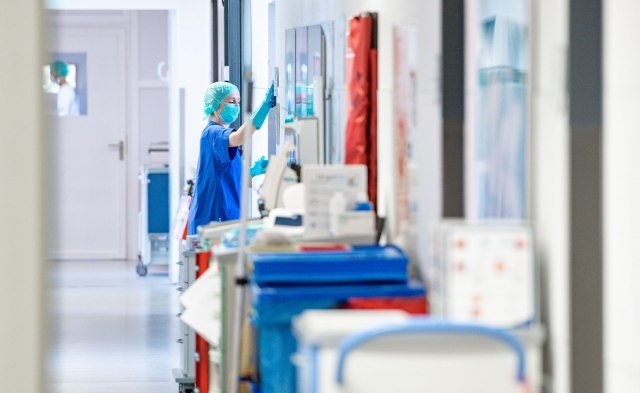 Thus, the number of infected in Serbia increased to 2.200 cases.

In the nursing home "Old Railroad", 15 people were infected and 4 non-infected users were displaced.

When it comes to KBC Dedinje, 357 people were tested and the virus was confirmed in 67 healthcare professionals, as well as in 9 patients, Dr Predrag Kon said.

"This shows that intrusion of the virus into healthcare facilities is very possible", Dr Kon said.

According to KBC Dedinje, the virus has probably entered through the patient. According to Dr Kon, it is possible that more people will be tested, and those working at the facility - if any problems arise - will certainly be tested.

One patient had fever after surgery, but it happens after surgery, so the coronavirus is not immediately suspected. But when doubt arose, all measures were taken.

"Normally, the persons positive to coronavirus should be discharged and transferred to the Covid hospital," Dr Kon explains.

According to him, the number of those tested is increasing day by day and he expects 1.500 people to be tested during this week.

"Today, we have the largest number of people, but the percentage of positive cases is at a similar level, which definitely proves that we are doing a good job", Dr Darija Kisic Tepavcevic said.

When asked if parties were being held at the Belgrade Fair, Dr Kisic Tepavcevic stated that this was expected as we are all humans, but that alcohol was not allowed.

Healthcare workers make up over 8 percent of those infected.

When asked what the situation is with the patients attached to a respirator, Dr Darija Kisic Tepavcevic states that the number of people on the respiratory system is increasing more than is apparent at first glance. Many more are coming.

A total of 1.192 people were tested since the previous report, including the 292 who tested positive, while 1.197 were hospitalized with 101 patients on respirators.

The total number of people tested in Serbia rose to 8.552.

Unfortunately, there are also seven more deaths from the previous report, or 58 in total.

The average of their age is 64.5 and they had comorbidities, that is, several other associated diseases that contributed to the fatal outcome.