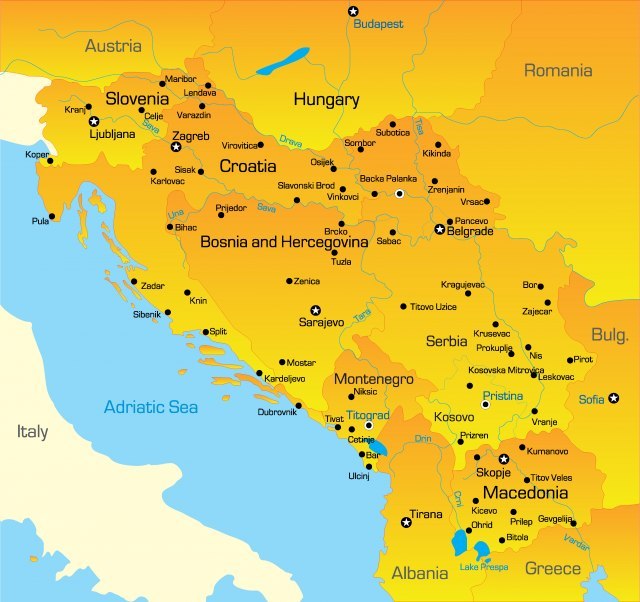 The Neue Zürcher Zeitung mentions this fact at a start of an analysis on weakening influence of the EU on the Balkans, which, on the other hand, helps players such as Russia, China and Turkey to exert more influence in the region.

Author of this article, Volker Pabst, states that "there is no doubt that the EU and the West in the Balkans have lost considerable confidence and room for maneuver", thus enabling Russia, China and Turkey to expand their presence in the region, Deutsche Welle reports.

Swiss daily reminds that Russia is especially popular in the Slavic-Orthodox regions and presents itself there as "a watch dog of conservative values and counter-model to the decadent West". Turkey is particularly attached to the Muslims, but has significant soft power throughout the region. Turkish Airlines covers the region better than any other airline, while Turkish TV soap operas are extremely popular, despite all the historical animosities. China is, in turn, mainly present as an investor.

„The growing influence of these states poses real risks for the Balkans. Moscow is fighting in the region to diminish Western influence, especially that of NATO. Russia is very well prepared to exploit the historical fault lines and latent instabilities in the region. (…) Ankara exports to a certain extent its understanding of the rule of law and increasingly demands support in the persecution of opponents of the government. (…) Chinese-funded major projects, often associated with corruption, have the potential to undermine rule-of-law standards".

Still, the Neue Zürcher Zeitung believes that Moscow or Ankara will unlikely become new centers of gravity for the Balkan states. The Russian share of regional foreign trade is 6 percent, while that of the EU amounts to 73.5. Moreover, the exceptionally strong migration of the population continues to be directed to the west, cherishing western life styles. Even in traditionally Russia-friendly Serbia, 45 percent of the population is in favor of EU membership and only 17 percent in the Russian-dominated Eurasian Economic Union.

The Swiss daily points to the fact that Moscow, Ankara and Beijing do not pull in the same direction in the Balkans, as they have diverse interests there. „But even without serious competition from the East, the West is losing in the Balkans - and with it, those parts of the local population who want to modernize and democratize their states. In the future, it will be even more difficult to promote values ​​such as rule of law, democracy and a liberal market economy, thereby contributing poorly to the long-term stabilization of Europe's region most burdened with conflicts".