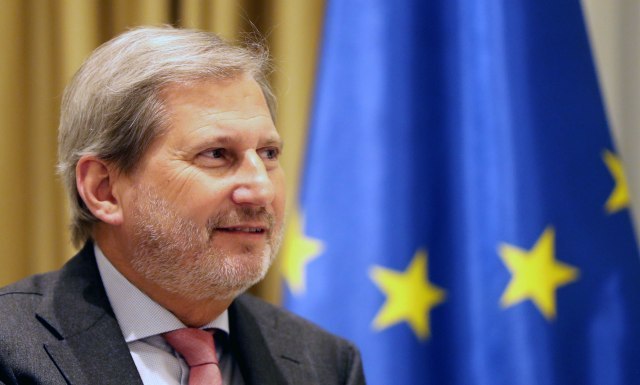 Speaking at a gathering in Vienna dedicated to "North Macedonia's new perspectives," the North Macedonia prime minister, Zoran Zaev, pointed out that the solution that Skopje and Athens found to their long-standing dispute "could be encouraging for Belgrade and Pristina to continue the dialogue."

Hahn said that at present North Macedonia is the only country in the Western Balkans that has no disputes with its neighbors and that it is "more stable than other parts of the region."

"They are constantly asking me who will join the EU first, and my answer is always the same - it's a merit-based process, based on the regatta principle and the speed of accession depends on who is making the most progress on this path," said he.

"We started negotiations with Serbia and Montenegro, and currently these countries are formally the most advanced on this road, but this does not exclude the possibility that North Macedonia will succeed in compensating for the lag, because it is the only country that has no bilateral disputes with its neighbors," Hahn said.

"In the European Commission's strategy for the Western Balkans, we have clearly stated that we will accept new members only if they do not have bilateral conflicts. We are not ready to import conflicts," he said.

Hahn pointed out that there is also political stability in North Macedonia, because the opposition is ready for dialogue in the Assembly, which, he noted, he would like to see "in other countries of the region, too."