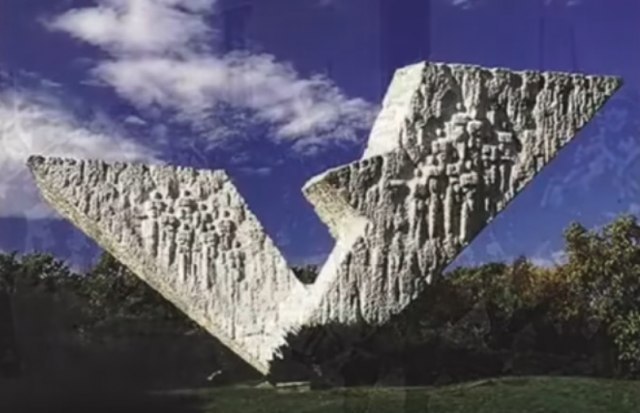 The Nazi German occupiers of Serbia executed the civilians in Kragujevac in retaliation for the deaths of ten of their soldiers, who came under attack by the Partisan resistance fighters on October 16, 1941.

History records that some 3,000 Serbian civilians were rounded up and massacred by firing squads prior to and on October 21, 1941 - including 300 high school children and apprentices, among them 15 boys who worked as shoeshiners.

"He had as many as 11 bullet wounds in his body," Dejan Ristic writes of Dragoljub Jovanovic's nightmare that October day.

"He was gravely injured an on the death's door. His mother found him, just as he was almost drawing in his last breath. She secretly carried him back to their home, and thanks to hiring a good doctor, nursed him back to health in the coming months. His words - when he described to me the moment of the execution by firing squad - as well as when later than day, while lying there seriously wounded among the corpses of the innocent dead, he heard the voice of his mother calling out to him - I'll remember that for as long as I live," Ristic wrote.

Dragoljub went on to make a full recovery and lived honorably another full 77 years, Ristic added. Late in life, he came up with the initiative to build the Memorial Museum October 21, and was the institution's first director.

"Uncle Dragoljub, to his last day, remained a dignified and honorable elder, a rare survivor of one of the most horrific crimes. With his innate nobility, he testified for decades to his personal, and to the tragedy of his friends. I still remember him the way he was during our encounters - sturdy, with grey hair and mustache, gentle, attentive, dignified, without the lest bit of hatred toward the criminals. He carried in him the tragedy of Sumarice with honor," Ristic wrote.

"During those encounters he taught me what it means to be a man, noble and caring, strong and selfless. I didn't learn the news of his death from the media because this is not the kind of thing that would attract our journalists' attention. It reached me through private channels, belatedly. However, (it happened) precisely these days when we remember the innocent victims of Sumarice. I know that uncle Dragoljub is now finally back with his school mates who died in Kragujevac and its surroundings on October 19, 20, and 21, 1941. I know they are finally all back together walking the paths of their so tragic and suddenly interrupted childhood. I know that I will never meet him again, but I also know I will hear his childhood steps as soon as I visit Sumarice the next time. I know that in those moments he will stand next to me, with his gentle smile and his eyes full of life. I will never forget the wonderful uncle Dragoljub. I will remember him with sincere admiration and gratitude for all the things he that he has thought me. I plead with you, too, not to forget him. With his passing, the last victim of that horrific and bloody Kragujevac October died, too," Ristic concluded.