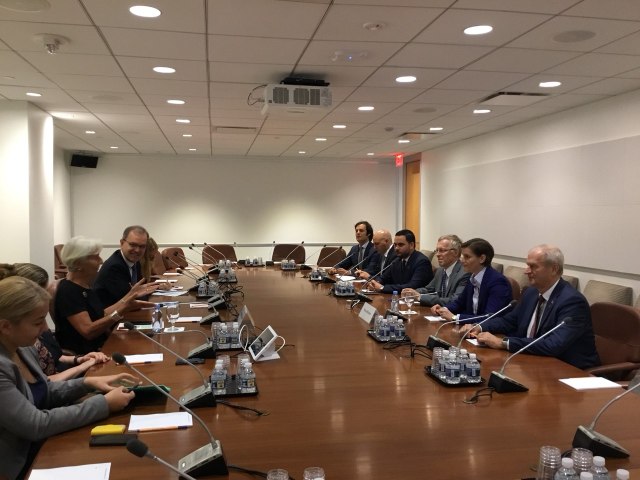 Brnabic and Lagarde discussed a new agreement between the IMF and Serbia, which will be implemented for 30 months. The arrangement is exclusively advisory and does not foresee the use of financial resources, which is confirmation of the good economic results that Serbia has achieved so far.

The prime minister stressed that Serbia has in the past, successfully implemented a three-year arrangement, which was concluded with the IMF, and has shown that it is capable of surpassing many of its macroeconomic goals.

The program was difficult, but it helped us a lot. Serbia is now a completely different country, she stressed, and expressed appreciation to the IMF director on the fact that the arrangement granted to Serbia was made according to the needs of our country.

Brnabic reminded that the previous government started and ended fiscal consolidation and macroeconomic stabilization, with the task of this government to achieve faster GDP growth.

We will work on it and we need your support, because we want Serbia to be an even better country for life and business, said the Prime Minister, adding that the priority would be reform of public enterprises.

The IMF director confirmed that the delegation of this financial institution will come to Serbia in September when they will discuss the continuation of the reforms.

Lagarde also praised the Serbian IT industry, saying she was positively surprised by the 30% annual growth of Serbian exports, saying Prime Minister Brnabic is well aware of the possibility of growth and increasing the competitiveness of the Serbian economy.