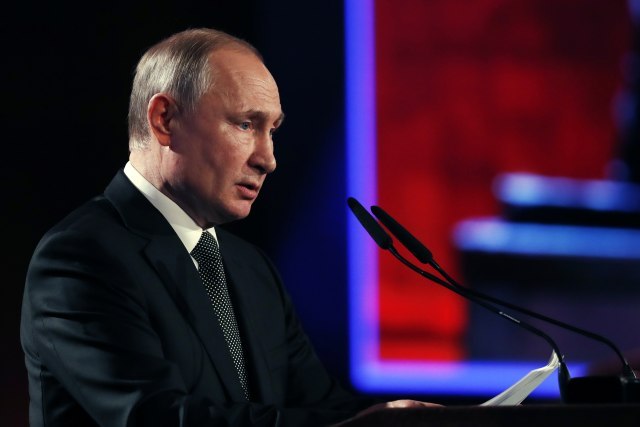 Peskov recalled that the head of state suggested that such a meeting could take place "in any place in the world".

"The founder countries of the United Nations, the five states that hold special responsibility to save civilisation, can and must be an example," he said at the sombre memorial ceremony.

The meeting would "play a great role in searching for collective answers to modern challenges and threats," Putin said, adding that Russia was "ready for such a serious conversation."

"Forgetting the past, and disunity in the face of threats, can lead to frightening consequences," Putin said.

Countries must "do everything to protect and defend peace," he added.

Speaking in Jerusalem at an event marking the 75th anniversary of the liberation of Auschwitz, Putin argued that the countries that created a new global order after World War II should cooperate to solve today's problems.

French leader Emmanuel Macron backed the proposal, China also, while the UK said it expected further details from Russia on this issue.