Russia has appointed a new prime minister - Mikhail Mishustin, whose designation has been confirmed in State Duma, lower house of the Federal Assembly of Russia 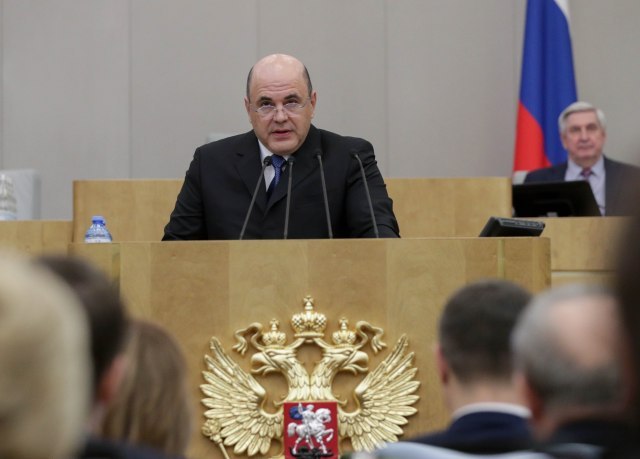 He got appointed new Prime Minister after the "sudden" resignation of Dmitry Medvedev, which in turn followed a speech by the Russian President before state Duma deputies. Many international media report that behind this decision is Vladimir Putin's agenda, who aims to remain in power.

Vladimir Putin had earlier proposed Mishustin, formerly head of the Federal Tax Service, as a candidate.

Before being officially named the new Prime Minister of Russia, Mishustin announced a major cabinet reshuffle but each of these changes is exactly in line with what Putin spoke about yesterday.

Associated Press (AP) reports that Mikhail Mishustin never had any political ambitions as a career bureaucrat and his name didn’t came up as a top candidate to become Russia’s next prime minister.

Mishustin’s lack of political ambition or any political experience indicates that he is likely to dutifully carry out the Kremlin’s wishes as the head of the Cabinet — which some commentators point out is especially important in the “transition period” of constitutional reforms proposed by Putin.

As a career bureaucrat who has been in charge of Russia’s taxes for the past 10 years, Mishustin has always kept a low profile and stayed away from politics. He doesn’t belong to a political party and in rare interviews prefers to talk about innovations in tax administration.

Mishustin, who has a degree in information technology, has been a state official for the past two decades. His career kicked off in 1998, when he became deputy head of the State Tax Service.

In 2010, Mikhail Mishustin was appointed head of the Federal Tax Service.

Mishustin has been hailed for modernizing Russia’s rigid tax administration system and boosting tax collection rates. Government officials and businessmen describe him as a professional and effective manager who understands the economy well, which makes him a good fit for the Cabinet during a time when Russia’s economy is weakened.

He is the author of three books on tax administration and 40 scientific textbooks.

He was one of the initiators of the opening of the State Higher School of Economics, Institute for Real Estate Economics, and in 2008, he resigned in the public service to work for two years at UFG Capital partners.