Russian Prime Minister Dmitry Medvedev announced today that he has resigned and is dismissing the government, following talks with Vladimir Putin. 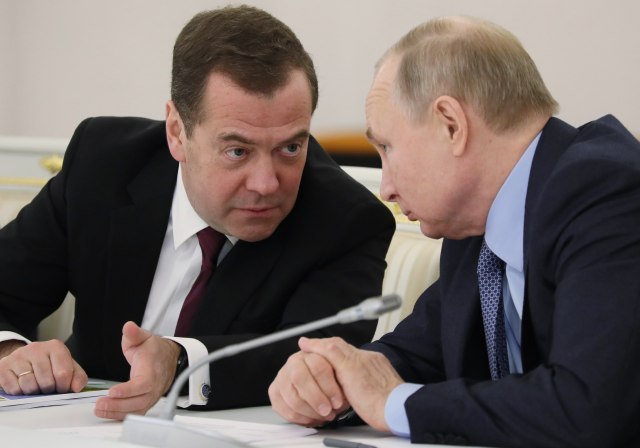 Prime Minister Dmitry Medvedev submitted his resignation hours after Putin discussed the constitutional amendments during his State-of-the-Nation Address. Russian President Vladimir Putin proposed a constitutional overhaul to boost the powers of parliament and the Cabinet, a move signaling Putin’s intention to carve out a new position for himself after his current term ends.

Medvedev explained that the government was dissolved in accordance with Article 117 of the Russian Constitution, which states that the Russian government may submit its resignation to the president, who may then accept or reject it.

"In this context, it is quite clear that we, as a government, must enable the president to make all decisions in order to achieve the proposed plan, therefore, I believe it would be right for the Government of the Russian Federation to resign,” Mr. Medvedev said.

The Russian leader thanked Medvedev for his service, saying that Medvedev would take up a new position as a deputy head of the presidential Security Council.

Mr. Medvedev will stay on as prime minister until the new government is formed, under Putin's recommendation.

"Please carry out your duties until a new cabinet is formed," Putin said at a meeting with cabinet members, stating that he plans to meet with each member individually soon.

"I'll meet with each of you," Putin said.

According to Article 111 of the Russian Constitution, the nomination of a new prime minister is submitted no later than two weeks after the cabinet is dissolved.