Croat member of the Presidency of Bosnia-Herzegovina (BiH) Zeljko Komsic has filed a criminal complaint against Presidency Chairman Milorad Dodik. 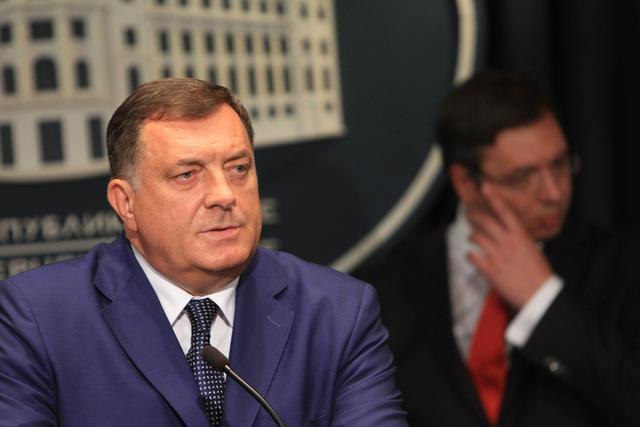 Sarajevo-based website klix.ba said it received confirmation of this.

Komsic's reason was Dodik's statements made on Sunday during the marking of the anniversary of the founding of the Third Infantry Regiment of the BiH army, which represents the traditions of the former Army of the RS (Serb Republic).

Dodik, a former RS president, said on the occasion that it had been a mistake to disband the Serb entity's army and form the BiH army, and that it happened under pressure from "international factors."

He also asked the regiment's commanders to have more than half of soldiers dressed in former RS army uniforms during the ceremony next year - "because it is their day."