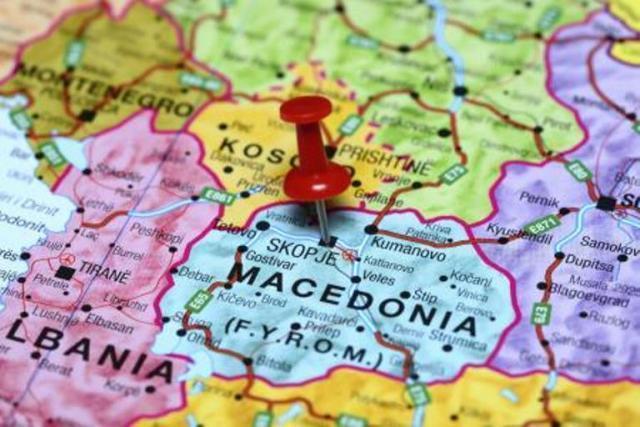 The reason is that the document "effectively means the beginning of creation of a Greater Albania," says Ivan Stoilkovic, leader of the Democratic Party of Serbs in Macedonia (DPSM).

"This platform, made in a foreign country, condemns both Macedonians and Serbs for alleged genocide against Albanians in the period from 1912 to 1956. If this request gets 'the right of citizenship', the Serb people in Macedonia will find themselves in an impossible situation. It will also bring Serbia to a difficult position," Stoilkovic told the Belgrade daily Politika.

Stoilkovic, the longest-serving member of the Macedonian Assembly who was last December reelected on the VMRO-DPMNE ticket, added:

"Everything is controversial, even the integrated border crossings with Albania and Kosovo that are not spoken about much, the change of state symbols, the inclusion of the Albanian language into the Constitution, which is a prelude to the federalization of the country."

According to him, Macedonia now finds itself "in a kind of a geopolitical squaring of the circle."

By realizing the demands of the Albanian platform, Stoilkovic added, "a two-nation state would be created where there will be no room for members of smaller ethnicities - Serbs, Turks, Roma - while Macedonians will find themselves in a situation closest to the position of the Bosnian Muslims - Bosniaks - in Bosnia-Herzegovina."

"The most we can get out of this whole situation is to call new elections. But you never know when you're dealing with 'our Western friends'. Their strategic interest is to finish the job along with the Albanians, solve the problem regarding the name of the Macedonian state, and push us into NATO. How Macedonian citizens will feel in that country does not matter to them. And that's why the reaction is an eruption of discontent," said Stoilkovic.

He pointed out that European Council President Donald Tusk would arrive in Skopje next week, and that his role will be "to put additional pressure on the Macedonian president to give the mandate (to form a government) to SDSM leader (Zoran Zaev)."

However, Stoilkovic said that as far as he was aware, "President Gjorge Ivanov will not agree to it."

"After that, we are in for additional diplomatic artillery and possibly as a way out of the current maze - new parliamentary elections, along with local elections. Of course all under the condition that there is no staged incident that could change the course of political events," said Stoilkovic.