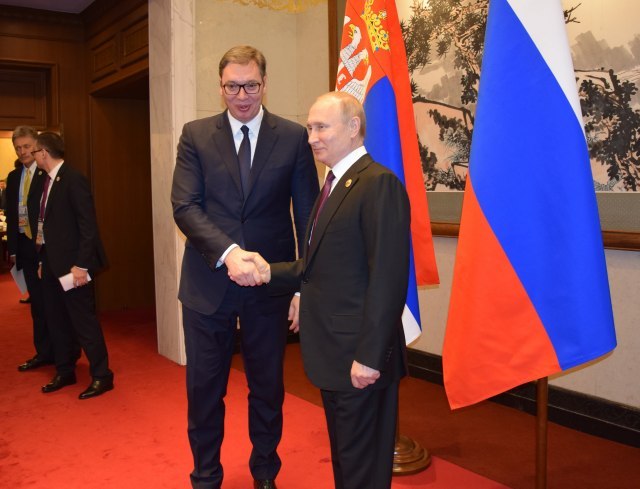 The two leaders are in China for the Belt and Road forum.

According to announcements coming from both sides before the meeting, the main topic was Kosovo.

At the start of their conversation, Putin said he was satisfied with economic cooperation between Russia and Serbia, and that he was glad he could discuss bilateral and regional issues with Vucic.

The meeting was attended by Russian Foreign Minister Sergei Lavrov and Serbian ministers, members of a delegation accompanying Vucic.

Vucic addressed Putin in Russian to congratulate him Easter, which Orthodox Christians in both Serbia and Russia will celebrate on Sunday, April 28.

With the meeting with Putin, Vucic completes his consultations with Serbia's partners and friends ahead of a meeting in Brussels on Monday concerning Kosovo, organized by Germany and France.

The president said that after that meeting, he would make important decisions about early parliamentary elections in Serbia and Belgrade's position and measures in response to a number of unilateral, discriminatory moves made by Pristina.