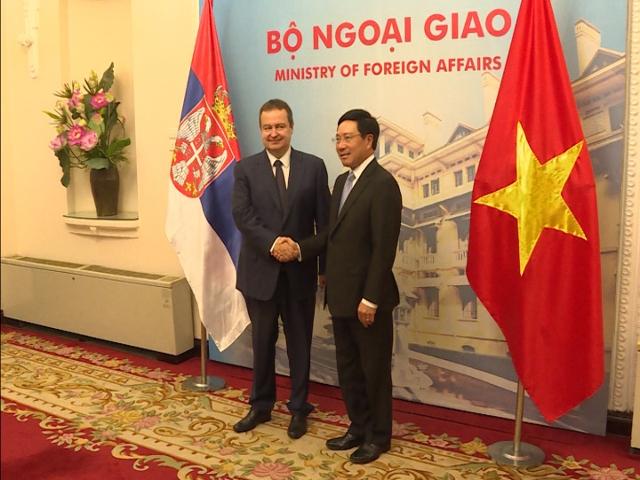 In a cordial and friendly conversation, the two ministers identified the upcoming activities aimed at expanding bilateral cooperation and mutual support on the international level, the Serbian government announced.

The interlocutors "recalled the decades-long friendship and cooperation between the two nations and the two countries, which this year mark 60 years of establishing diplomatic relations."

Dacic informed his interlocutor in detail about current political developments in Serbia, the course of reforms, and about the priorities of our country's foreign policy.

The two officials agreed that the very good and friendly relations between the two countries need to be improved by strengthening economic cooperation and by intensifying the exchange of visits at the high and highest level.

They also agreed to organize an economic forum to present the economic and investment potential of the two countries, and Dacic invited his host to visit Serbia soon.

Dacic also announced on Friday that Serbia and Vietnam have decided to abolish visas for all citizens of the two countries.

The foreign minister said that Vietnam will adhere to its position not to recognize Kosovo, while Serbia will support Vietnam in international forums, Tanjug reported.