We’re declaring war to the mafia and this is going to be a tough fight for the Police and Security Services, says Serbian Minister of Internal Affairs . 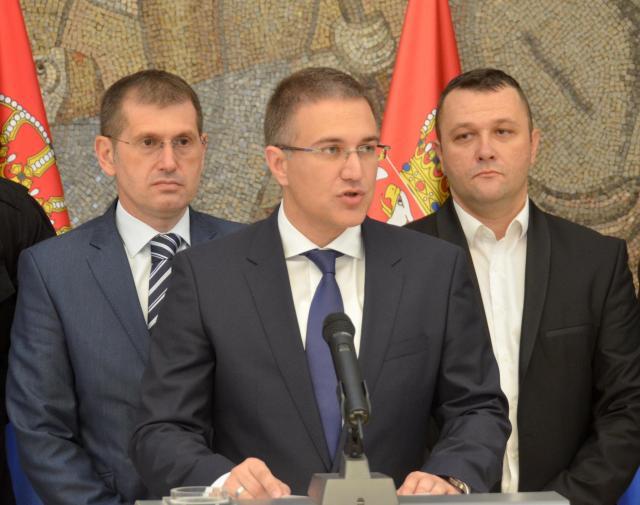 Nebojša Stefanović announces that all persons employed with the Ministry of Internal Affairs and linked in any way to criminal structures are going to be fired.

Stefanović called a press conference after the murder of Aleksandar Stanković, known as Sale Mutavi, presented to the public as one of Partizan’s fan leaders.

He said it was the work of one of the most organized criminal groups in the Balkans.

“Several persons from the top participated. The Police took one of them in for questioning during the night, we’re searching for a couple more, and I believe that we have the right direction when it comes to shedding light on the case, and the right direction when it comes to physical evidence and determining the motive. We’re conducting interviews with eyewitnesses, and I would like to say to all criminal groups entering Belgrade and Serbia, that Belgrade and Serbia are not training grounds for their showdowns”, says Stefanović.

He added that “he makes particular reference to a former Yugoslav Republic those criminals are based in”.

In his words, the state will activate the entire system, and by the end of the year clean up the Police from those who cooperated with mafia in any way.

“Police officers who cooperated with mafia will be held criminally liable.”

As a reference, Aleksandar Stanković (29), known as Sale Mutavi, presented to the public as one of Partizan’s fan leaders, was murdered in Belgrade on Thursday night. The media reported it to be a showdown of the Montenegrin mafia.