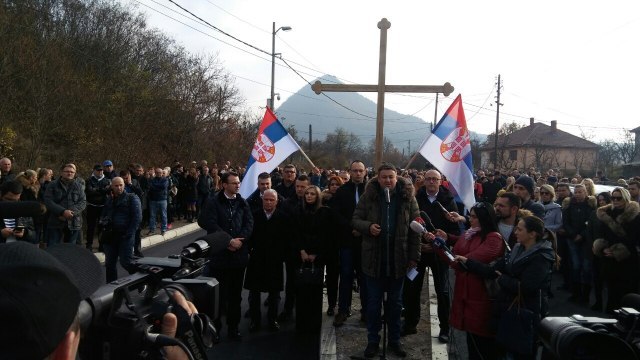 According to the northern-Kosovo based KoSSev website, Bahtiri is proposing that he should govern a "united (Kosovska Mitrovica."

"I demand that the Kosovo government take all the necessary legal actions to immediately abolish the decision to divide Mitrovica into two municipalities,“ Bahtiri wrote on his Facebook profile.

Bahtiri underlined that the city of Mitrovica should be under one municipality now "as it always was,“ and that he should run the "united Mitrovica."

Rakic and three other Serb mayor in northern Kosovo resigned yesterday a signed a declaration announcing the end of any communication with Pristina.

The reasons are Pristina's increase of taxes on products from central Serbia by 100 percent, and the recent incursion of a special Kosovo police unit in the north.

The mayors said that the local government that was part of the Kosovo system stopped to function in this part of Kosovo because of these decisions.