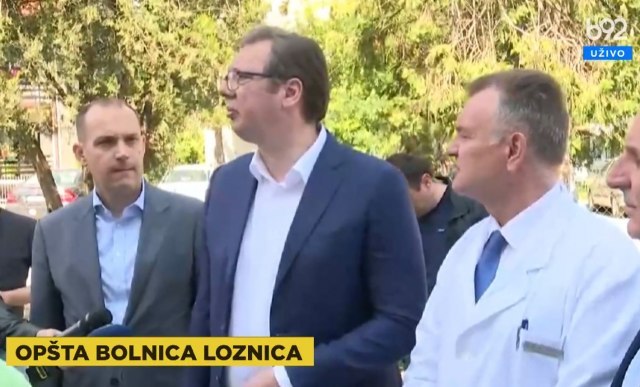 The president asked journalists from Loznica how the results of the works seemed to them and whether the people saw the changes.

"Where the standard is the best, birth rate is the lowest," said Vucic, citing the Belgrade municipalities of Vracar and Stari Grad as examples.

"The economy must work so that we can finance the public sector," the president said, adding that he was happy that the payment of the minimum for companies came six days earlier.

"I am happy that we can fix everything possible in the last 30 years," says the President, adding that 830 workers are already employed in the Adient factory today.

He said that it would be possible to reach Loznica from Belgrade in an hour and five minutes after the reconstruction of the planned roads and the construction of new ones.

He said that work will continue, and that the works on the gynecological and surgical departments must be completed quickly.

"I am satisfied because Loznica has a significantly stronger economy and a higher standard of living. We have renovated the hospital, we are opening a factory," said Vucic.

He praised the work in the hospital and stated that the salaries of doctors have been permanently increased, and that, if the economy starts with a fast capacity, there will be another increase by the end of the year.

The President thanked the doctors for their work and for taking care of people. 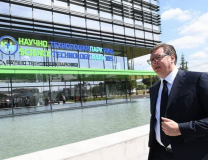 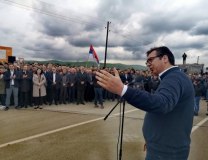