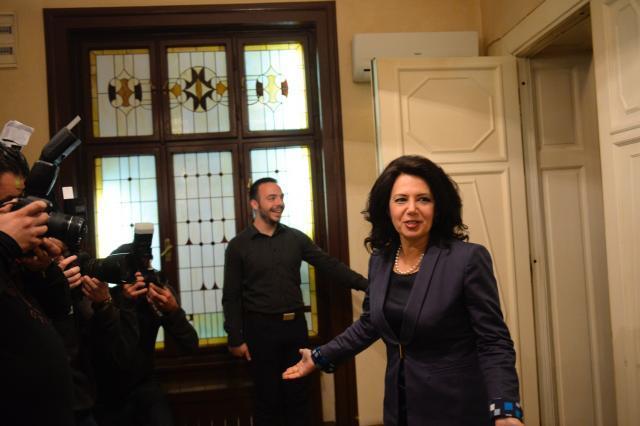 She also announced she would not leave the party, and will continue to serve as a member of the National Assembly, where she will "continue to fight for the state-building ideas of the DSS" - and will decide after the party's fall assembly whether to also remain in its parliamentary club.

"As a party, we need to decide which way to go. There are committees such as in Kosovo and Metohija and in Nis that are resolutely against the coalitions with the SNS, and I join that group of people. On the other hand, we must take into account the fact there is a large number of committees are in favor," Raskovic-Ivic said.

She mention Belgrade municipalities of Vracar and Vozdovac as examples of where the DSS teamed up with the SNS to form local authorities.

The DSS leader said she was against this - but was outvoted.

In order for the party to be truly democratic, an election assembly must be scheduled, Raskovic-Ivic said, and added that it would be "undemocratic" if those committees in favor of forming coalitions with the SNS were to be disbanded - "considering they are many."

Raskovic-Ivic also revealed she was yet to decide whether to once again run for DSS president.