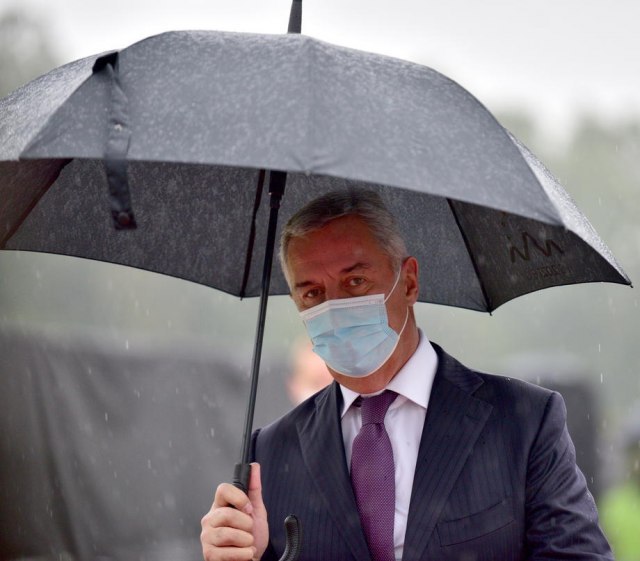 In an interview for Pristina's KTV, Djukanovic said that his visit to the so-called Kosovo should be a contribution to "interstate understanding and strengthening the tradition of good Montenegrin-Albanian relations".

Djukanovic says that a possible visit to Serbia cannot be discussed at this moment, due to, as he says, the disturbed political relations between the two countries.

"The cause of the disturbed political relations between our two countries in recent years is clear".

The Montenegrin president claims that he is absolutely ready to talk to everyone, and especially, he says, with the neighbors, the countries of the region, according to clear political principles. He also claims that he is not the one who chooses his interlocutors.

"And, I am not one of those who choose interlocutors, nor am I the one who wants this or that president from Serbia. Serbia chooses its president, let it choose him with happiness as the citizens of Serbia want," said Djukanovic.

Regarding the dialogue between Belgrade and Pristina, Djukanovic says that it is important that, as he states, "both sides show responsibility and try to develop a dialogue towards a final solution".

He reminded that Montenegro recognized Kosovo's independence because, as he said, he believes that this is the only true view of the future.

"So, for me, Kosovo's interest in being part of European and Euro-Atlantic integration is completely legitimate. I am deeply convinced that the key problem of this region is its instability, and I have said many times that we have a lot of evidence, both in the past and in recent history for that. We do not have sufficiently reliable mechanisms of our regional stability", Djukanović said, adding:

"In the case of Kosovo-Serbia relations, it is very important that both sides show responsibility for the dialogue and try to develop this dialogue to a final solution. Montenegro's position is clear. Montenegro recognized Kosovo's independence because it was convinced then and now that it is the only true view of the future".

Speaking about the announced visit of the so-called Kosovo, Djukanovic stated that "the relations between the two countries are relations of mutual respect, good neighborhood relations."

"Wherever we met (with the leaders of Kosovo) in many places, I would say that it was an extremely exemplary relationship. I am convinced that as leaders of both countries we will contribute to better trust between our countries and that we will continue this tradition", Djukanovic concluded.