BELGRADE -- Petnica Board member Andrej Starović said about the cases of abuse in Petnica that he "sees this story as hogwash".

BELGRADE -- Petnica Board member Andrej Starović said about the cases of abuse in Petnica that he "sees this story as hogwash". 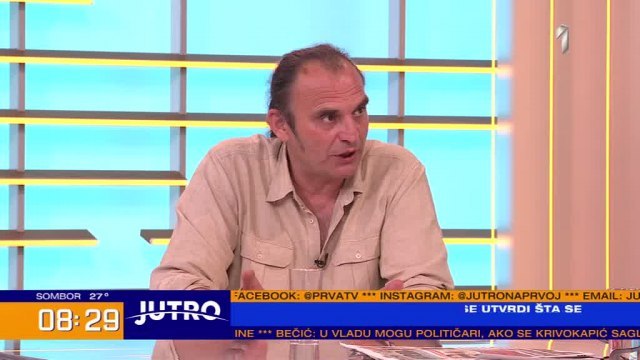 He pointed out that until a month ago, he did not know of a case where a man marked "S" sexually harassed girls at a research station Petnica.

Asked how he did not know for four years why "S" was fired, he told TV Prva that "Petnica is a type of instantaneous water heater and many people come and go."

"It was not said that he was fired, but that the contract was terminated," Starovic said.

He explained that they are still collecting information on the case that one person sexually abused several girls in the period from 2003 to 2014 while they were in Petnica. Starovic pointed out that this "should not have happened in Petnica" and said that he still believes that it is an institution of prestige, despite this case. "Petnica is in the process of creating procedures for prevention (violence)," he pointed out and sent support to the persons who reported the violence.

The most common bullies are "good uncles and people of high trust", Starović explained and added that it is difficult to recognize the bully.

He believes that most people did not know about these cases of abuse.

Lawyer Jugoslav Tintor commented on the case that someone weighed whether the intensity of the incident was such as to endanger the reputation of Petnica. "If situations had been reported then, they could have been prosecuted," Tintor said, adding that the case was outdated.

As a reminder, five girls revealed to the weekly "Vreme" that they experienced abuse in the period from 2003 to 2014. They all named the same person for the assaults and pointed out that he was in contact with more than 20 other victims.

In an interview with "Vreme", they described the violence they allegedly encountered. It is stated that it is about forcing underage and young adult girls to take photos without clothes, as well as that they were forced to consume alcohol.