BELGRADE -- Two hours of talks and four glasses of whiskey later were enough to soften the then Serbian President Slobodan Milosevic to make a concession in Dayton in 1995.

BELGRADE -- Two hours of talks and four glasses of whiskey later were enough to soften the then Serbian President Slobodan Milosevic to make a concession in Dayton in 1995. 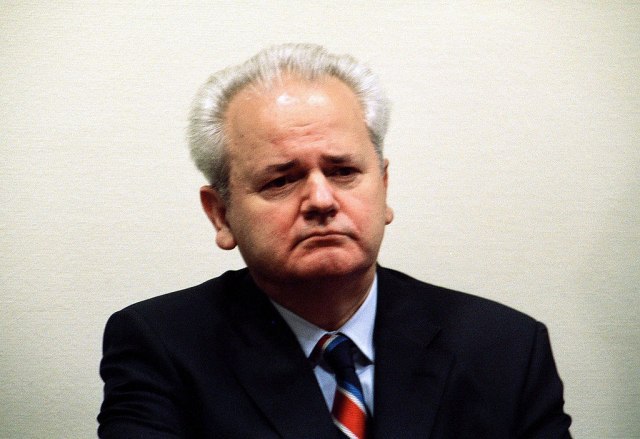 The data became available to the public after the secrecy mark was removed from the documents concerning the mandate of the then American President Bill Clinton, "Blic" states.

The paper further states, referring to those documents, that after those four whiskeys, Milosevic organized a dinner where lobsters were served, and he liked to harass the interlocutors, but he also exchanged jokes with the President of the Presidency of Bosnia-Herzegovina, Alija Izetbegovic.

So far, the secret documents were mostly written by John Carrick, an associate of Richard Holbrooke who led the negotiations in Dayton. It was noted in them that, while the Serbs mourned their loved ones who died in the war in Bosnia and grumbled under economic sanctions, Milosevic stick to whiskey.

"Last night I spent a bizarre two hours in our map room looking at a prominent detail around Gorazde. After four whiskeys, Milosevic offered more than expected for the corridor to Sarajevo. Less than the Contact Group's proposal, but better than the previous option. Harris' reaction (Silajdzic, ed.) Was cautiously positive, and the details are now being reviewed by Bosniak map experts", the November 17, 1995 report said.

That same evening, Milosevic invited the US delegation to a luxury feast. He promised to serve lobsters.

Carrick also precisely made a psychological profile of Milosevic. Milosevic seems to enjoy Dayton here, but he seems to like to harass people. The key is to oppose him when he starts to attack, he respects and loves people who act as firmly as he seems. He always probed us. In order to start it, we must set solid guidelines for it and not move them, unless we know exactly what we will get in return, Carrick wrote.

There were difficult topics, borders, sanctions on the table, which also affected the general atmosphere. There were ups and downs, days "when Izetbegović did not want to see either Tudjman or Milošević", and "Tudjman refused a meeting with Milošević". Mediators from the USA noticed, however, that sometimes the atmosphere was good beyond decency.

Milosevic and Izetbegovic, it is further claimed, told each other jokes in their mother tongue. It is also possible that the two of them enjoy each other's company, maybe too much - Carrick noticed in one of the documents.

Negotiations in Dayton lasted from November 1 to 21, 1995, and an agreement was signed in Paris on December 14, ending the four-year war in Bosnia. It established Bosnia and Herzegovina as a state of three constituent peoples and others, and two entities - the Federation of BiH and the Republika Srpska.

The agreement was preceded by talks held at Wright-Patterson Air Force Base in Ohio. Participants were not allowed to talk to the press to avoid delegations declaring "victories" and "defeats" on their own.