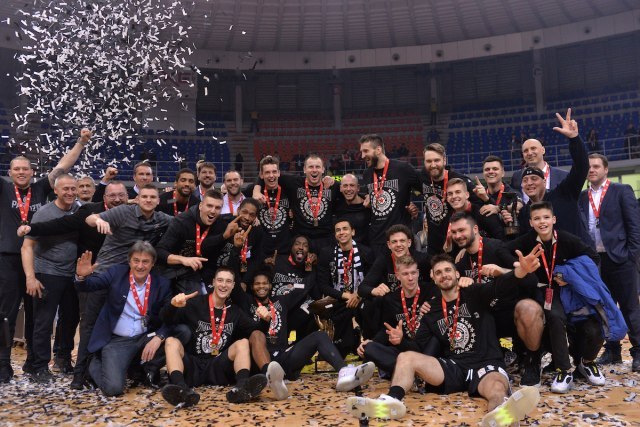 Selected players of Andrea Trinchieri managed to beat the Red Star players for the third consecutive year in the Serbian National Cup final.

Red Star had it all in her hands in the finish of the match, but dropped a six-point lead in the final 40 seconds and went into overtime.

The black-and-white hero in those moments was Marcus Paige who scored all eight points for the team. On the other hand, the tragic hero in Red Star team was Kevin Punter, who when the scoreboard showed 78:76 for his team, made a foul on offense, with only seven seconds of the game left. Paige then hit two free throws to bring final into overtime.

After that, it took another five minutes for Partizan to improve its game and to grab the trophy. The Red Star had final offense for the victory, but Lorenzo Brown missed and Partizan was in possession of the ball for the two final seconds of the match.

Young Trifunovic was fouled out, he missed both free throws, and with only two seconds left, Red Star failed to score.

Best scorers in the winning squad were Marcus Paige, who scored 21 points, Jaramaz scored 19, while Zagorac had scored 11 points. At Red Star, Brown scored 17, Davidovac 16, and Stimac and Gist 11 points each.